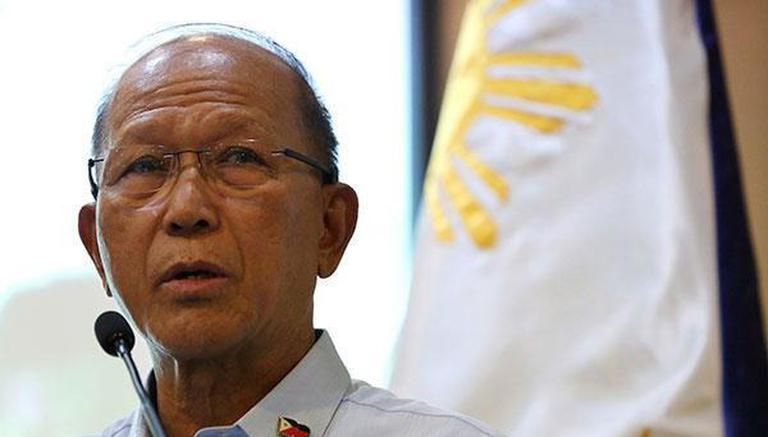 
In what can be termed a disconcerting incident, Philippines Defence Secretary Delfin Lorenzana on Sunday fell unconscious during the Independence Day celebrations in Manila. The incident took place while Lorenzana was attending the flag hoisting event alongside Congressman Christopher Go and Philippines Foreign Minister Teodoro Locsin at Riza Park in the island's capital. The 74-year-old was immediately transferred to a private hospital in Manila for treatment.

Let us pray for Defense Secretary Delfin Lorenzana as he collapsed during the Independence Day Celebration in Rizal Park this morning. May he pull through and recover.
Mayor Honey Lacuna wasn't able to catch him as he fell on the ground hitting his head 😥 pic.twitter.com/Ql8mVpV43y

Local media reports informed that Lorenzana's ill health might be owing to his strenuous schedule in the past few days amid the record-high heatwave in Manila. The septuagenarian has travelled to South Korea, Singapore and parts of the Philippines in the past weeks for a myriad of security engagements before the June 12 event. Notably, on Sunday, Lorenzana had just returned from the Shangri-La Dialogue in Singapore before he attended the Independence Day celebrations, NewsNPR reported.

While there has been no confirmation regarding his unprecedented health deterioration from doctors, a defence department employee of the Philippines, Peter Paul Galvez told NewsNPR that Lorenzana was "sleep-deprived." He added that the successive and hectic schedule had "taken a toll" on the health of the proactive minister.

In a corresponding tweet giving a health update, the Philippines Defence Department later on Sunday informed that Lorenzana "is in a stable condition." Shortly after, the minister himself shared a picture of himself from the hospital, saying that he "is just resting." He added, "I am fine now...just resting since the results of the test conducted earlier are okay." He also informed that he came the weather due to excessive travel and change in temperatures. Also, pressure from back-to-back international trips caused him severe "fatigue."

Hello, everyone! My lack of rest and sleep from my recent successive international security engagements may have taken its toll on me. Late na kami nakabalik from Singapore, tapos napakainit pa sa Luneta kanina. (1/2) pic.twitter.com/lR1qUl6RIK

In a successive tweet, Lorenzana thanked his well-wishers for their prayers. "But as the saying goes, a true soldier always gets up quickly after a fall. I’m fine now. Just resting since the results of the tests conducted earlier are okay. I’m deeply moved by your concern and well wishes. Thank you and God bless us all," he wrote.