It is still not clear what caused the crash. Regional military commander Lt. Gen. Corleto Vinluan said it was unlikely that the aircraft took hostile fire. 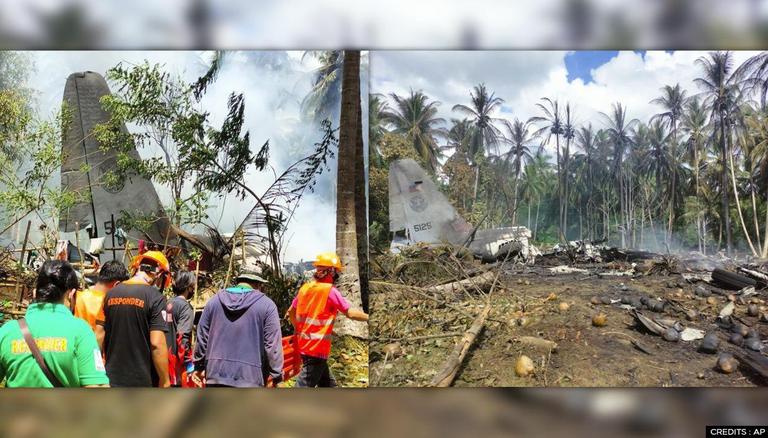 
At least 45 people were killed on July 4 when a Philippine military aircraft carrying troops crashed after missing the runway in the country’s south. According to CGTN, Philippine air force C-130 aircraft burst into flames while landing. Nearly 50 people were rescued from the burning wreckage, however, 45 people lost their lives, including two civilians on the ground, officials said.

As per reports, some soldiers were seen jumping off the aircraft before it crashed and exploded in the periphery of the Jolo airport in Sulu province. The officials informed that two of the six villagers who were hit on the ground have died. Defense Secretary Delfin Lorenzana said rescue and recovery efforts were ongoing.

The aircraft reportedly had around 96 people on board, including three pilots, five crew and the rest were army personnel. The military informed that the pilots survived but were seriously injured and 17 soldiers were still unaccounted for. It is worth mentioning that the Lockheed C-130 Hercules was one of two ex-U.S. Air Force aircraft handed over to the Philippines as part of military assistance this year.

Cause of crash unclear

The aircraft crashed while landing in Bangkal village in the mountainous town of Patikul, military chief of staff Gen. Cirilito Sobejana said. The officials further went on to inform that at least 50 people on board were brought to a hospital in Sulu or flown to nearby Zamboanga city and troops were trying to search for the rest.

“Per eyewitnesses, a number of soldiers were seen jumping out of the aircraft before it hit the ground, sparing them from the explosion caused by the crash,” a military statement said.

The pictures released by the military showed the tail section of the cargo plane relatively intact. The other parts of the plane, however, were burned or scattered in pieces in a clearing surrounded by coconut trees. As per reports, soldiers and other rescuers with stretchers were seen dashing to and from the smoke-shrouded crash site. The aircraft was transporting troops, many of them new soldiers who had just undergone basic training, from the southern Cagayan de Oro City for deployment in Sulu, officials said.

“They were supposed to join us in our fight against terrorism,” Sulu military commander Maj. Gen. William Gonzales said. 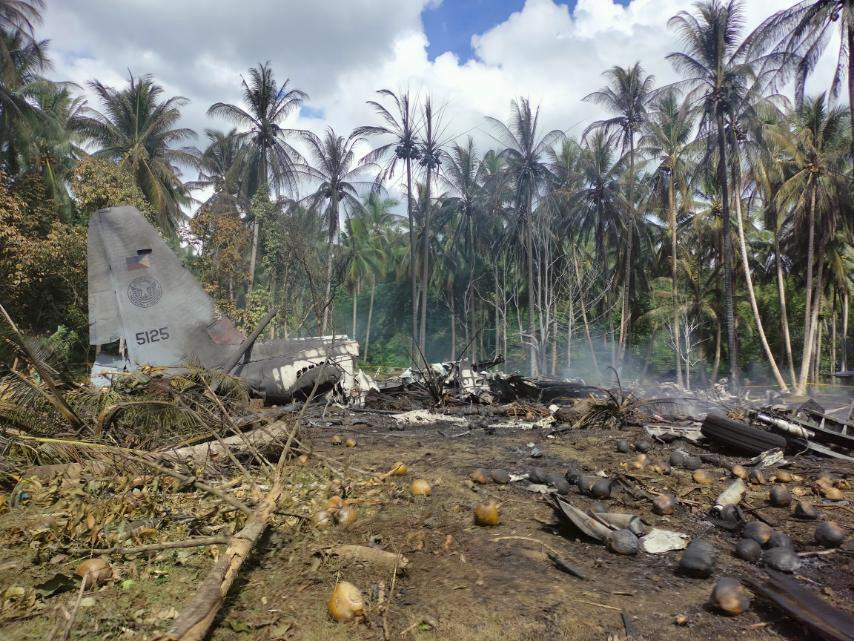 It is still not clear what caused the crash. Regional military commander Lt. Gen. Corleto Vinluan said it was unlikely that the aircraft took hostile fire. He cited witnesses as saying that it appeared to have overshot the runway then crashed in the periphery of the airport. 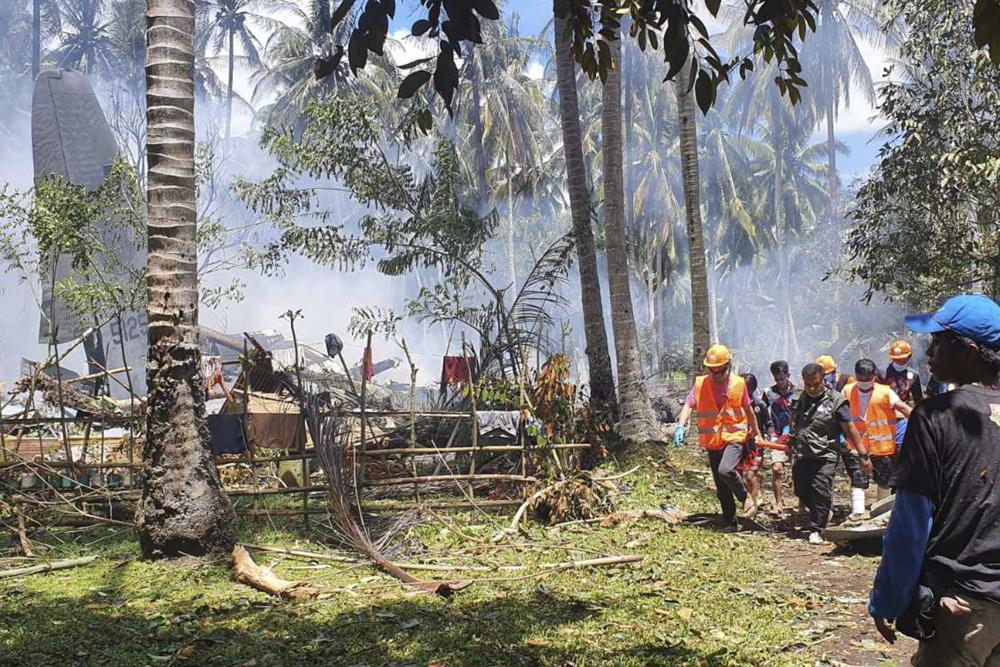 While speaking to AP, an air force official said that the Jolo runway is shorter than most others in the country, making it more difficult for pilots to adjust if an aircraft misses the landing spot. It is worth noting that the airport in Sulu’s main town of Jolo is located a few kilometres (miles) from a mountainous area where troops have battled Abu Sayyaf militants. Some militants have aligned themselves with the Islamic State group.