At the outset of Fumio Kishida being inducted as Japan's succeeding Prime Minister to Suga, PM Modi took to Twitter to congratulate the 100th Head of State 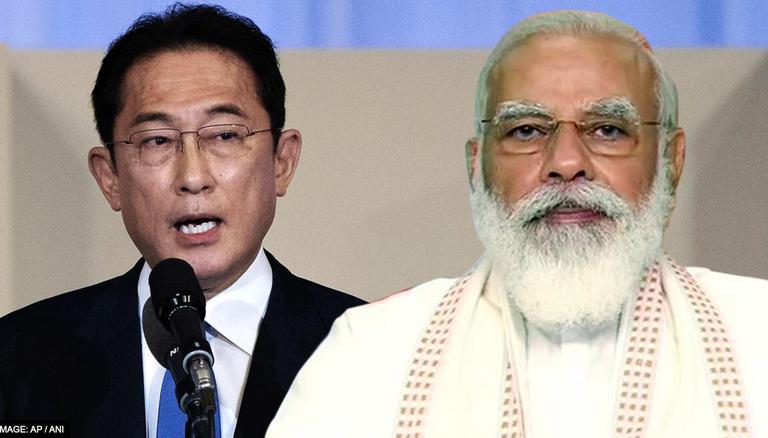 
After being formally elected as the 100th Prime Minister of Japan, Prime Minister Narendra Modi took to Twitter and extended his greetings to Fumio Kishida. Emphasising that both Head of States would work towards strengthening India and Japan's 'Strategic Global Partnership', PM Modi wished prosperity for Japan's 100th PM. The new leader is associated with the ruling Liberal Democratic Party (LDP) and was elected after narrowly defeating his arch-rival Taro Kono after Suga announced he would not re-run the election for Japan PM from LDP.

Taking to Twitter, PM Modi shared, "We would like to congratulate His Excellency Fumio Kishida, who became the new Prime Minister of Japan, and wish him all the best in the future. We look forward to working together to further strengthen the India-Japan Strategic Global Partnership and promote peace and prosperity both inside and outside the region." 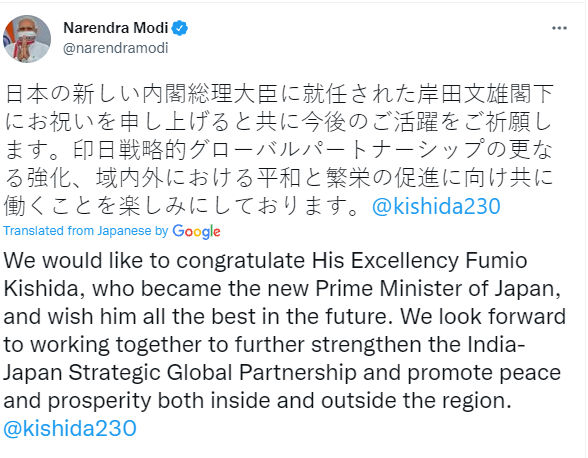 More on the new Prime Minister of Japan- Fumio Kishida

Fumio Kishida is set to become the country’s new Prime Minister as he won the ruling Liberal Democratic Party’s (LDP) leadership election on September 29. Kishida won 257 votes in a runoff to defeat Japan’s COVID vaccine minister Taro Kono. The 64-year-old has replaced the outgoing party leader PM Yoshihide Suga, who bowed out from the leadership race earlier this month amid anguish over his administration’s COVID-19 management.

READ | Who is Fumio Kishida? Japan’s former Diplomat set to be PM, read his take on key policies

Kishida has been formally elected as Prime Minister in a parliamentary session scheduled on October 4 in a ceremony at the Imperial Palace, Japan. His first mission as Japan's Head of State will be to lead the LDP to victory in the upcoming general election in November. He is also tasked with keeping the COVID-19 pandemic under check, finding new areas of growth for the economy and dealing with regional security issues stemming from the rise of China.

Kishida is a former foreign minister who served from 2012 to 2017. He has also served as the LDP policy chief from 2017 to 2020. According to Nikkei Asia, he had been groomed as a potential successor during former PM Shinzo Abe’s administration. He is a nine-term member of the House of Representatives.