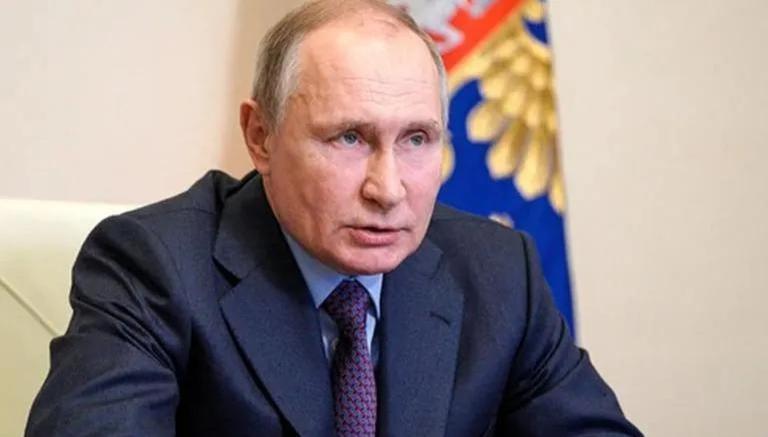 
Russian President Vladimir Putin has said that Western countries are using the migrant crisis in the Belarus-Poland border as a pretext of escalating tensions and exercising pressure on Minsk. While speaking at a collegium of the Russian Ministry of Foreign Affairs on Wednesday, 17 November, Putin spoke about an array of issues, including the migrant crisis at the Belarus-Poland border and NATO’s drills in the proximity of Russian borders. The Russian President condemned Poland for using harsh methods against the migrants trying to cross the border and also highlighted  that children are facing the brunt of such measures.

According to the Russian news agency, TASS, Putin said that it cannot go unnoticed that Western nations are using the migrant crisis on the Belarusian-Polish border as a “new pretext for tension” in the region close to Russia, for putting pressure on Minsk. “At the same time, they forget their own commitments on the humanitarian track,” he added. He further  accused the Polish forces of using water, tear gas and grenades and further said that he feels sorry for the children stuck at the border.

The migrant crisis on the Belarusian border with Latvia, Lithuania and Poland erupted on 8 November. Hundreds of individuals crossed the Belarusian-Polish border in a bid to seek asylum in Western Europe. The stranded migrants are reportedly living in brutal conditions in freezing cold, with some of them even going multiple days without food. The West has accused Belarusian President Alexander Lukashenko of manufacturing the migrant crisis on the EU’s eastern border in a bid to destabilise the bloc as a retaliation to the sanctions over human rights abuses.

However, Russia, Belarus’ neighbour and main ally, has refuted the accusations and challenged the EU to offer financial assistance to Belarus to deal with the influx. Previously, Moscow had said that it is ready to help address the migrant situation on the border between Belarus and the European Union. In a televised interview with Russia-1 (a state-owned Russian TV channel), Putin even emphasised that suspicions of Russian participation in the migration crisis indicate someone's desire to transfer blame for the current circumstances. He also went on to state that Western countries are attempting to avoid responsibility for the migrant crisis on the border between Belarus and the EU.

On being asked by the interviewer, why western countries have been avoiding the Belarus-Poland border crisis' responsibilities, Putin stated, "I have already explained why, there are political, military and economic reasons. They were the ones who created conditions where thousands, even hundreds of thousands of people left their homes. And now they are looking for someone to blame in order to avoid responsibility for what is happening."