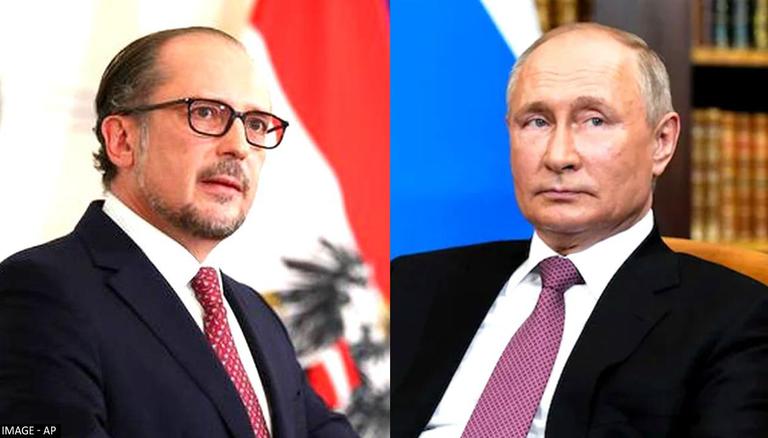 Austrian President Alexander Van der Bellen swore in Alexander Schallenberg as the new chancellor after the resignation of Sebastian Kurz over a corruption investigation.

While congratulating newly appointed Austrian Chancellor Alexander Schallenberg, Putin mentioned that relations between the two sides have been 'constructive'. Furthermore, he expressed hope that they will further the development of bilateral cooperation in different areas that will benefit the two nations. The Russian President also expressed hope that as the head of the government, Schallenberg will work for the strengthening of security and stability in Europe.

"Relations between Russia and Austria have traditionally been constructive. I hope your activities as the head of the government will promote the development of bilateral cooperation in different areas for the benefit of our nations and the strengthening of security and stability in Europe," the Kremlin quoted Russian President Putin as saying in his congratulatory message.

Congratulations to Alexander Schallenberg on his inauguration as the Federal Chancellor of Austria https://t.co/OJgSqPuuOW

Former Austrian Chancellor Sebastian Kurz on Saturday, October 9, resigned from his post, amid the corruption probe. While announcing his decision of stepping down, Kurz denied the corruption allegations against him, insisting that they were "false", news agency AP reported.

Kurz added that they need stability and he has decided to step down to prevent chaos in the country. "What we need now is stability. That's why I want to step aside to help resolve this stalemate, prevent chaos and guarantee stability," ANI quoted the former Austrian chancellor as saying. Furthermore, Kurz revealed that he had recommended the name of Alexander Schallenberg to take over as the new head of government.

Kurz and his close aides have been accused of using public money to secure positive media coverage, using "manipulated polls and friendly reports."

(With inputs from AP/ANI, Image: AP)