On Friday, violent fights erupted in the south of the Nablus city, where a Jewish settlement is being built, violating international laws. 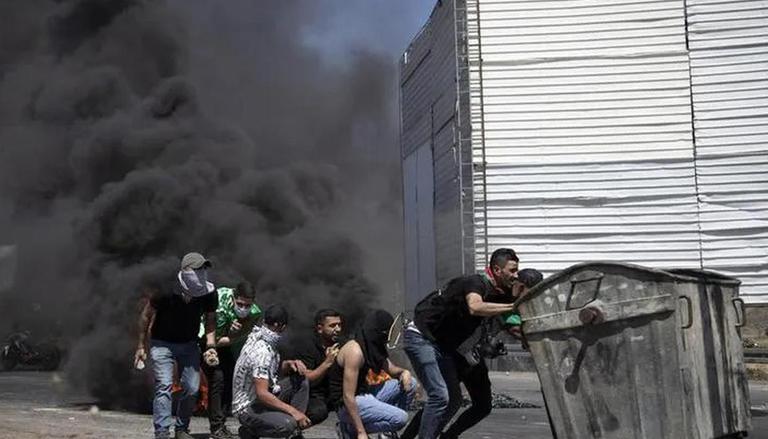 
In the wake of new developments in Palestine, as reported by local media and Red Crescent Society, at least 74 Palestinians were said to be brutally injured in Nablus city after clashes erupted with Israeli forces in the West Bank. On Friday, violent fights erupted in the south of the Nablus city, where a Jewish settlement is being built, violating international laws.

According to reports by Sputnik, the skirmishes broke out in the region after hundreds of Palestinians set tired on fire and hurled stones at personnel guarding the construction site. The developments were reported just four days after Palestinian President Mahmoud Abbas and Israeli Ministers held talks to initiate the "peace process" between two sides of the West Bank city of Ramallah. The current protests by Palestinians, reportedly third in two months, opposed the building of Israeli wildcat settlements in the Beita district.

Three months into the ceasefire, Israel and Palestine have often engaged in minor clashes along the West Bank region. Frequent skirmishes along the Gaza perimeter fence were at pinnacle on August 21 when hundreds of Palestinians were involved in violent conflicts with the Israeli security personnel, UN special ambassador to Middle East Peace Process; Tor Wennesland said at a press briefing last week. Similar protests broke out on September 8th when about 100 Palestinians were injured in Nablus after a violent tussle with Israeli Forces. According to Sputnik, the Palestinians launched rallies in groups to demonstrate support to prisoners in Israeli jails.

Following the September 8 clashes, the total tally injuries surpassed 500 bar, which was 270 in August after 12 Palestinian protestors were injured in the Beita district, Red Crescent noted. In the same week, two Palestinian demonstrators were shot fatally by Israeli army gunfire in the district. Another round of clashes in July resulted in gruesome injuries of over 320 Palestinians who protested against the Jewish settlements in Evyatar, located nearby.