Russian Ambassador to India Nikolay Kudashev asserted that Moscow is very much committed to the establishment of a peaceful new Afghanistan. 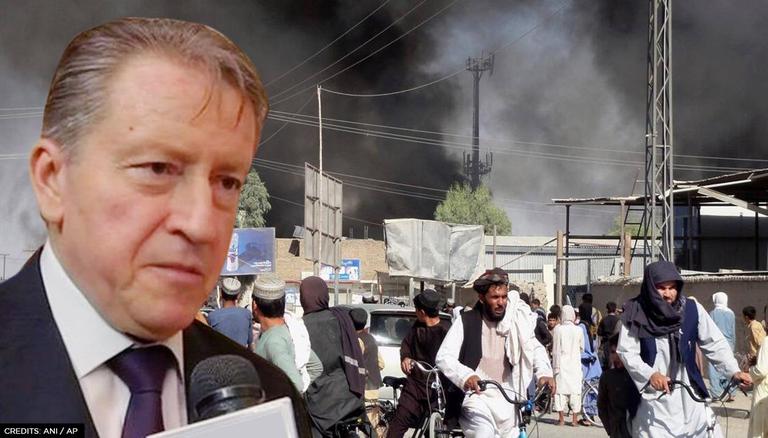 
Russian Ambassador to India Nikolay Kudashev said on Friday, 3 September that Moscow is dedicated to establishing "a peaceful and democratic new Afghanistan". Speaking at a ceremony organised by the Russian embassy in India with Lieutenant General Chandi Prasad Mohanty for the planting of saplings (the Tree of Friendship), Kudashev discussed the Taliban and current political situation in Afghanistan.

"Russia is very much committed to a peaceful and democratic new Afghanistan. I believe that India could share these feelings. These feelings are reflected in our bilateral cooperation in multiple formats like SCO-Afghanistan Contact Group," said Kudashev.

Meanwhile, in a UN Security Council (UNSC) resolution on Afghanistan, Russia and China abstained, despite the resolution being enacted with the support of 13 members and no one voting against it.

"The resolution has unequivocally conveyed that Afghan territory should not be used to threaten or attack any country or to shelter, train terrorists, or plan or finance terrorist acts," ANI said quoting a source.

Russian envoy on relations with Taliban administration in Afghanistan

There is widespread concern that if foreign forces leave, Afghanistan under the Taliban will become the epicentre of Islamic fundamentalism. With the Haqqani network and its close affiliate Islamic State (Khorasan) functioning in Kabul, there is always a risk that foreign terror strikes would be planned and carried out from Afghan soil.

Meanwhile, Russian President Vladimir Putin said on Friday that he hopes the Taliban will behave in a "civil manner" in Afghanistan so that the international community may retain diplomatic ties with Kabul. Russia is not interested in Afghanistan's fragmentation, Putin said, adding that if this occurs, there will be no one to talk to them. "The sooner the Taliban enters the family of civilised people, so to speak, the easier it will be to connect, communicate, influence, and ask questions."

Also, several days after the takeover, Russia's envoy in Kabul met with Taliban members and stated that Moscow will keep its embassy in the nation.