“Suspect is believed to have been motivated by his hatred of the school teachers and nuns,” Interfax quoted an unnamed source as saying as a probe was ordered 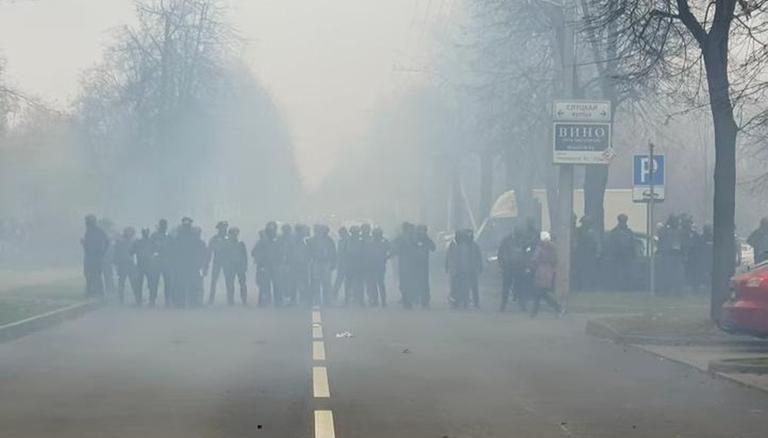 
An improvised explosive device (IED) exploded at a monastery at 08:00 am injuring at least seven in Russia’s historic city of Serpukhov, according to RIA Novosti. Among the wounded are all minors, including a 15-year-old teenager, a statement from Moscow Region Prosecutor's Office confirmed. A source close to the territorial police department said that a boy, also the student of the school at the convent, has been detained in connection with the bomb blast.

An official investigation has been ordered into the incident, unnamed law enforcement and emergency sources told state-run news agencies. The intense explosion, which reportedly occurred at the Orthodox gymnasium at the Vvedensky Vlachich nunnery, completely damaged the structure of the monastery’s parish school.

As per the emergency service and the police sources, the boy behind the explosion arrested by the law enforcement authorities on the scene sustained wounds. He was hospitalized and is unconscious. Police identified him as an 18-year-old former student of the monastery’s parish school. The blast is being suspected of a hate crime. At this time, it remains unclear if the IED explosion was an act of terrorism.

“The suspect is believed to have been motivated by his hatred of the school teachers and nuns,” Interfax quoted an unnamed source as saying.

The Office of the Investigative Committee for the Moscow Region confirmed to RBC news outlet that the investigators left for the scene to collect evidence. An eyewitness, Vitaly Gladyshev, a resident of Serpukhov, told RBC about the bomb explosion stating, “I was standing at the bus stop. At about 8: 20-8: 25 I heard a strong explosion from the side of the monastery, first I assumed someone’s gas exploded.” He then added, “Within five minutes, all services were in place: firefighters, traffic police, and resuscitation.”

The Eyewitness informed that at first, the firefighters could not drive up to the monastery because of the arch. “Then the guys from the police rushed down to a detour, apparently, there the passage is more accessible. Firefighters went after them, ”Vitaly Gladyshev told RBC.

READ | Iraq: At least 7 killed in car bomb explosion near hospital in southern city of Basra

Elaborating on the man detained for the crime, Interfax’s interlocutor said, “A local resident entered the territory of a nunnery in Serpukhov, brought home-made explosives there and set it into action.”  Sources also told the state-run news agency, citing the preliminary data, that the suspect’s “hatred of the school teachers and nuns against the background of personal hostile relations became the motive for the crime.” It appears that the man behind the attack felt harassed.

The Moscow Region Prosecutor Sergei Zabaturin and the acting Serpukhov City Prosecutor Valery Kukushkin rushed to the scene. “We are checking the information,” Vakhtang Kipshidze, deputy chairman of the department for relations between the church with society and the media of the Moscow Patriarchate, told RBC.

WE RECOMMEND
'Russia has no plans to attack' says Kremlin on border row with Ukraine
Russia-India Summit: ISRO-Roscosmos enter agreement to ensure collaboration in space
Russia slams US for deploying spy network to keep an eye on Moscow and China
UK warns Russia of 'severe consequences', says invading Ukraine would be strategic mistake
Ukraine leader hopes for talks with Russia amid tensions