Russia on Friday summoned the US Ambassador John Sullivan to the foreign office to discuss America’s alleged meddling in the upcoming parliamentary elections. 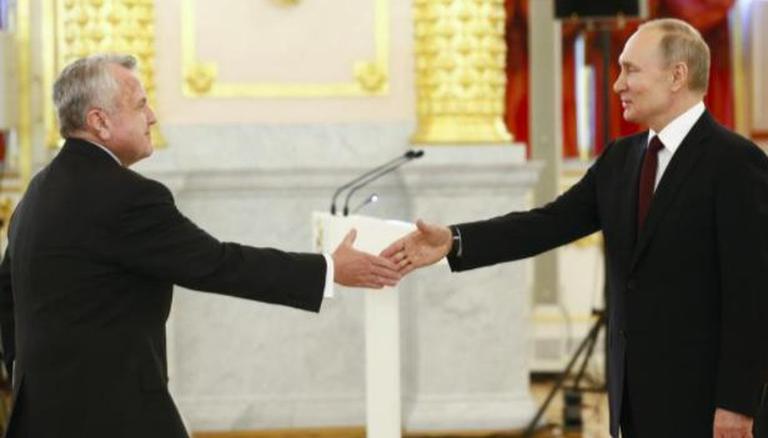 
Russia on Friday summoned the US Ambassador John Sullivan to the foreign office to discuss America’s alleged meddling in the upcoming parliamentary elections. The election interference, of which not many specific details were disclosed, were allegedly conducted by US tech giants. US envoy Sullivan arrived at the Moscow foreign affairs buildings and left 20 minutes after the talks. The latter did not answer reporters about what the dialogue entailed. In a press release issued on Friday, Russia’s Ministry of Foreign Affairs said the Russian Deputy Foreign Minister Sergei Ryabkov met with the US Ambassador to Russia, George Sullivan, about “interference in the internal affairs of Moscow.”

“Russian side possesses irrefutable evidence of the violation of Russian legislation by the American 'digital giants' in the context of the preparation and conduct of elections to the State Duma of the Federal Assembly of the Russian Federation,” the statement from Russian Foreign Ministry on Sept. 10 read. “Some other issues of a bilateral nature were also considered,” it added.

Calling the US’ alleged meddling in Russia’s democracy as interference that was “unacceptable”, the Russian foreign ministry stated that Sullivan was informed that Moscow “has proof” of violations of Russian law by US tech firms ahead of elections of State Duma by the end of September. Courts in Russia have earlier penalised the US giants like Google, Facebook, Twitter and WhatsApp with millions of rubles over security breaches. Russian President Vladimir Putin has also consistently accused American companies of failing to adhere to the Russian state laws and keeping secure the citizens' personal data.

Facebook and Russia have also locked horns in the past over the removal of government-linked accounts without consent. Russia had also accused the US-based social platforms of failing to take down the illegal content from the websites. Moscow reportedly fined Facebook with 15 million rubles, 17 million rubles against Twitter, and WhatsApp was fined four million rubles in a first-time law breach of law case, according to Russia's Federal Service for Supervision of Communications, Information Technology and Mass Media (Roskomnadzor). As per legislation passed by Russia in 2014, the personal data of Russian users must be stored on local servers. Despite the law, the microblogging platform and Facebook were penalised earlier for not complying with country media law, whereas Google was fined last month.