"This year 40 ships and vessels of the different class will enter service, as six more vessels for far-sea zone were laid down," Russia's President Putin said. 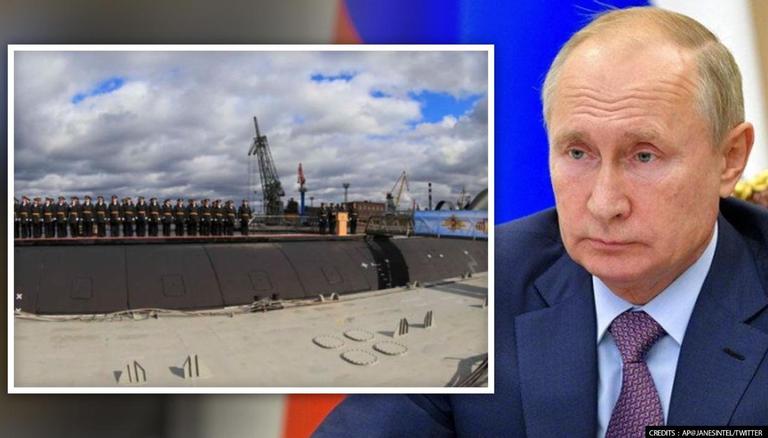 
Russia has unveiled an agenda to ramp up its warships, vessels of various class and weaponry systems for its naval forces to boost the country’s military strength. At a naval parade near St Petersburg marking Moscow’s Navy Day celebrations, President Vladimir Putin announced the modernisation of the Russian Navy to better equip it to defend Moscow’s interests. The Navy plans to commission 40 new vessels and warships this year, a member of the Army-Industrial Fee below the Authorities of the Russian Federation, Vladimir Pospelov told state-run Sputnik. Last year, Navy service’s commander-in-chief, Admiral Nikolai Yevmenov, told military newspaper Krasnaya Zvezda that Russia plans to bolster its naval defence capabilities by deploying new fleets with surface combatants, and warships to the Northern and Pacific Fleets.

Moscow aims to strengthen the navy’s blue-water component with the newest onboard subsystems, armament, and high-performance combat vessels with new-generation platforms and cutting-edge weapons, he had said. In December, last year, Russian Defence Minister Sergei Shoigu announced that the Russian Navy will deploy 32 newest vessels in 2021, as well as 4 submarines, six-floor vessels, in addition to 22 motorboats and repair vessels to ramp up the combat. “In 2021, Russia’s Naval forces ought to obtain about 40 warships and vessels of varied lessons,” Pospelov told Sputnik, adding that the listing contains Knyaz Oleg, a primary serial Borei-A category nuclear submarine.

"This year 40 ships and vessels of the different class will enter service, and several days ago six more vessels for the far-sea zone were laid down at Russia's three leading shipyards,” Russian President Putin told a naval parade. He added that defence ministry will install a range of hypersonic weapons. 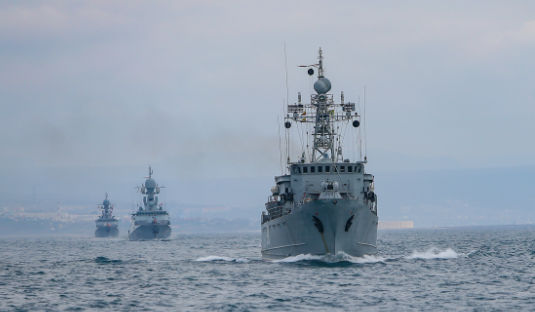 [Russian vessels of the Black Sea Fleet went to sea to conduct artillery fire as part of a control check of the fleet during the winter training period. Credit: Russia Ministry of Defense]

Moscow also told state press that it plans to get the latest partially-tested automated system of short-range navigation for its heavy aircraft-carrying cruiser Admiral Kuznetsov, a source familiar with the development told TASS. "In the course of repairs, there are plans to replace the old Rezistor-K42 system with a new complex similar to Rezistor-E that proved its worth in the Indian Navy,” the official on condition of anonymity revealed.

The new equipment integrates Russian electronics and has not undergone full-scale trials yet at one of the two NITKA [ground-based aircraft training] facilities available in Russia," the source explained to a TASS reporter. The agency reported that some parts of the latest defence systems were delivered to the NITKA pilot training facility in Yeisk in southern Russia which will be operational in 2023.