Russia To Have Mach 9-capable Hypersonic Cruise Missile As Of 2022, Says Vladimir Putin

Russia's President Vladimir Putin said that the hypersonic weapon with a maximum speed of Mach 9 will appear in the country in the near future, stated a report. 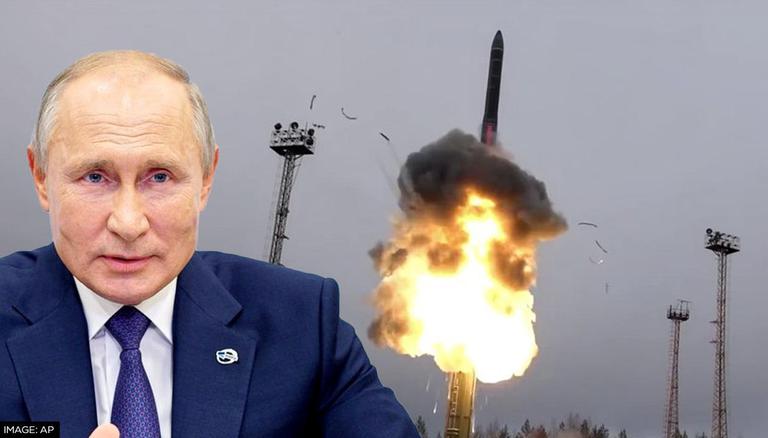 
Russian President Vladimir Putin has said that the country will soon have hypersonic weapons with a maximum speed of Mach 9. He revealed that Russia had already tested and from the beginning of the year, the Russian defence forces will also include brand new sea-based hypersonic missiles. Earlier, in November, Putin had also said that the tests of the Zircon hypersonic missiles are nearing an end.

Sputnik quoted Putin as saying, “We have now tested, and successfully, and from the beginning of the year we will be armed with new sea-based hypersonic missiles, Mach 9 [speed].” Mach is a dimensionless quantity in fluid dynamics when the object is faster than the speed of sound.

Additionally, the Russian President said that the country was developing hypersonic weapons as a response to the threat that Moscow perceives from actions by North Atlantic Treaty Organization (NATO). According to the report, Putin noted that "things have come to the point that anti-missile defence systems are developed in Poland and Romania". He further added that the MK-41 launchers present in both European nations “can also be equipped with Tomahawk strike systems.”

“But this also creates threats for us. Well, this is the obvious fact, the obvious thing. Despite all of our requests not to do this, what has happened? What we see now. In response, we have been forced, I want to emphasise this, we have been forced to start developing hypersonic weapons. This is our response." Putin said, according to the media report.

Putin's remarks follow the statement released by the Russian foreign ministry which stated that Moscow’s objective control means are detecting more than 50 NATO reconnaissance aircraft and drones near its borders every week. It is also pertinent to note here that NATO Secretary-General Jens Stoltenberg recently urged Russian authorities to be “transparent, de-escalate and reduce tensions" following a meeting with the bloc's foreign ministers. During the meet, the NATO lawmakers discussed the tensions at the Russia-Ukraine border.

NATO chief said in a statement, "We call on Russia to stop escalation on the Ukrainian borders and be transparent on its military activities."

Earlier, he had said that the bloc has been monitoring, and taking steps towards the largest expansion of its collective defence system since the end of the cold war. During a joint press conference with Latvian President Egils Levits on Monday, the NATO chief said that especially over the last years, the bloc has “actually implemented” the biggest reinforcements including four battlegroups in the three Baltic nations and Poland.

Additional NATO reinforcements also include the enhanced naval presence, constant air policing and even higher readiness of the forces. Stoltenberg said that the Response Force has grown three times to 40,000. He also informed that these thousands of troops can be deployed on short notice “if needed”.

WE RECOMMEND
NATO calls on Russia to be transparent with military activities amid tension with Ukraine
Russia accuses US of 'whipping up hysteria' over alleged threat to Ukraine
'Washington must stop': Russia vows to 'retaliate' against its diplomats expulsion by US
West does not want an open confrontation between NATO and Russia: Hungarian FM Szijjarto
Russia calls US' pledge on humanitarian crisis a 'mockery' over unreleased Afghan assets