Russia To Work With Taliban Where It 'suits Moscow's Interests; Calls Group 'unavoidable'

While Taliban completed a year of rule in Afghanistan, Russian ambassador in Kabul said that working with the Taliban is essential only where it suits Moscow. 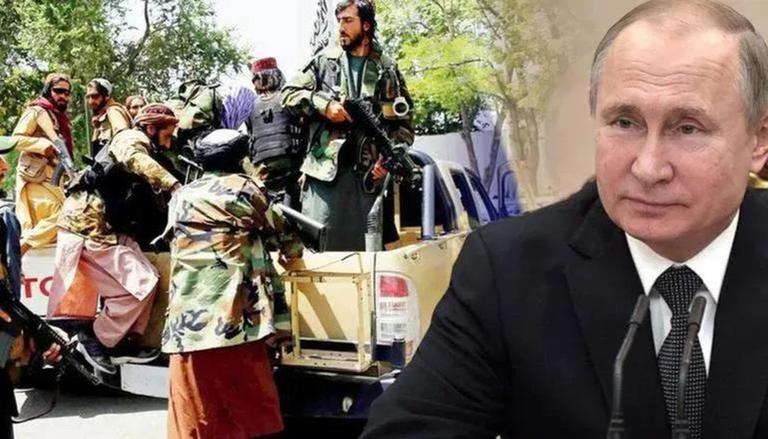 
While the Taliban completed one year of rule in Afghanistan, the Russian ambassador in Kabul said that working with the Taliban is essential only where it suits the interests of Moscow. Russian envoy Dmitry Zhirnov said in an interview with RIA Novosti that the Taliban is a “reality” and therefore it “cannot be avoided”. He also revealed that talks were set to begin between the Taliban’s delegation of the Afghan ministry of industry and trade with the Russian partners. Remarkably, Kabul had also planned to discuss the supply of oil, grain, and sunflower oil.

“The Taliban, no matter how you treat them, is a reality that cannot be avoided. Therefore, we must work with them where it suits our interests and where it is required to solve the tasks facing Russia,” Dmitry Zhirnov said in the interview.

Last year on August 15, the Taliban successfully marched into Afghanistan’s capital of Kabul and claimed control of the war-torn nation as the Western army hastily withdrew from the Southeast Asian country. Under the peace deal signed between former US President Donald Trump’s administration, his successor Joe Biden led the US army to leave Afghanistan and pave the way for the Taliban to reconquer the country after almost 20 years. It was met with the dramatic fall of former Afghanistan President Ashraf Ghani’s government, who fled the nation, along with the Afghan army, which was trained by the US.

Meanwhile, on the first anniversary of the fall of the democratically-elected government of Afghanistan, the Diplomatic Missions of the country underscored that the unprecedented takeover of the Taliban plunged the nation into a “deep political humanitarian, economic, human rights and security crises”. Marking the Taliban’s military takeover, which even witnessed the country’s name be changed, also led Afghan citizens to be “deprived of basic services and face grave human rights abuses and violations”.

The Diplomatic Missions of the country said, “Almost overnight, the Taliban militant group rolled back hard-won gains achieved through the joint effort and sacrifice of the people of Afghanistan and the international community since 2001.”

It also said, “Despite the violent and illegitimate nature of the Taliban takeover, they were offered the opportunity to deliver on expressed commitments in relation to the fundamental rights of all Afghans, especially women and girls, inclusive and representative governance, as well as the binding obligations that Afghanistan will not become a safe haven for international terrorism" while adding, “Many countries and international organizations adopted a policy of dialogue and engagement with the group, in the hope that such interaction would positively influence the Taliban’s approach and actions toward the people’s expectations".