In the latest development, South Korea and the United States have decided to establish a dialogue channel between the presidential offices of the two countries. 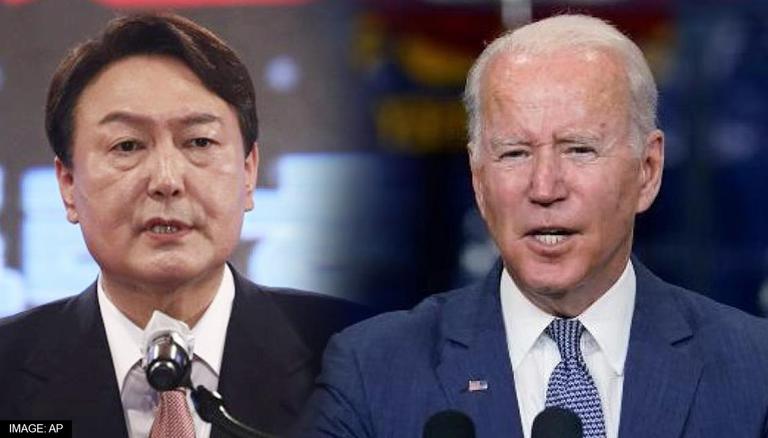 
In the latest development amid ongoing Joe Biden's maiden Asia visit as the US President, South Korea and the United States on Friday decided to establish a dialogue channel between the presidential offices of the two countries. According to South Korea's presidential office, the decision has been taken in an attempt to coordinate policy on cutting-edge technologies and supply chains. The deal was struck during a telephonic conversation between Wang Yun-jong, the presidential secretary for economic security, and Tarun Chhabra, the White House National Security Council's senior director for technology and national security. The talks between two officials were held hours before Biden's visit to Seoul.

Both nations plan to coordinate frequently and regularly on economic security issues and response strategies through the newly-launched 'economic security dialogue', South Korea's presidential office said in a statement, Yonhap news agency reported. It further stated that the opening of the new channel illustrates the two sides' commitment to closely coordinate on the policy and respond together to important issues affecting their "technology alliance" such as semiconductors, secondary batteries, artificial intelligence, and supply chain development. Meanwhile, the US side indicated optimism for an early face-to-face meeting and invited the South Korean delegation to visit Washington in the month of June, the statement added.

South Korea is an important strategic and economic partner for the United States in Asia. It is the 1953 Mutual Defense Treaty between the US and South Korea that allows Washington to assist Seoul in its defence. Meanwhile, under the US "nuclear umbrella, nearly 30,000 US troops are stationed in South Korea. Furthermore, the Korea-US Free Trade Agreement (KORUS FTA) unites the economies of the two countries. Notably, South Korea is the US' seventh-largest trading partner, whereas, the US is the second-largest commercial partner of South Korea.

Meanwhile, the newly-elected South Korean President Yoon Suk-yeol is expected to preside over his first regular Cabinet meeting next week in Sejong - the administrative city of the country. As per South Korea's presidential office, the meeting is scheduled to take place on May 26 at the government complex in Sejong. As president-elect, Suk-yeol had promised to convene his first Cabinet meeting in Sejong. However, on May 12, he did preside over an extraordinary Cabinet meeting at the new presidential office in Seoul to ratify the government's extra budget plan.