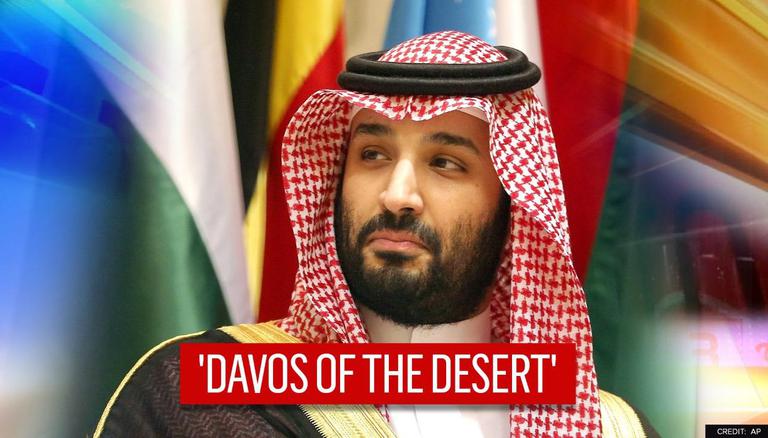 Kingdom of Saudi Arabia is hosting Future Investment Initiative (FII). The two-day Davos styled summit, which commenced on January 27, would witness global policymakers and business tycoons speaking on a range of topics. The topics will include pharmaceuticals, entertainment and several others. The summit was planned to take place in October 2020 but was rescheduled due to the COVID-19 pandemic.

2021 will be a year with challenges unlike any other, and opportunities to truly change the world. A year like this needs a groundbreaking event to define the conversation. #FIINeoRenaissance

The Conference dubbed as ‘Davos in the desert’ would witness the participation of 150 speakers. The organisers said that over 100 would participate virtually from FII hubs in New York, Paris, Beijing and Mumbai. Some of the participants include Goldman Sachs chief executive David Solomon, Stephen Schwarzman, head of private equity firm Blackstone, American asset management company Blackrock’s chief executive Larry Fink and former Olympic sprinter Usain Bolt.

"The 4th edition of FII will see the most innovative technologies to facilitate global conversations and to be inclusive at the benefit of all of humanity. The FII institute will act as a catalyst and a pioneer to allow interaction and exchange of disruptive ideas. There has never been a more important time to bring the greatest minds together to harness this opportunity to reimagine our world," FII said in a statement.

Chance to improve ties with the US

Observers of the conference also noted that it was a good opportunity for the Arab kingdom to redeem itself in the eyes of the American administration. The US and Saudi Arabia, have been at loggerheads since the alleged murder of Washington Post Journalist Jamal Khashoggi by the Crown prince. A Saudi Arabian and a US resident, Khashoggi was a critic of the Crown Prince and was killed inside the Saudi consulate in Istanbul in October 2018, thus instigating global outrage.

Another potential obstacle according to analysts, is US President Joe Biden’s disdain for some of the kingdom’s policies in the region, including its war in Yemen and the recently ended blockade against tiny Gulf neighbour Qatar. A Saudi-led coalition determined to restore Yemen's President Abed Rabu Mansour Hadi’s government is fighting Houthi rebels since 2014. The battle has turned catastrophic for Yemen which has been hammered by war-induced starvation and poverty.