Former Japan PM Shinzo Abe was assassinated during an election campaign. Here are the key policy and ideological moves during his 8-year tenure as the PM. 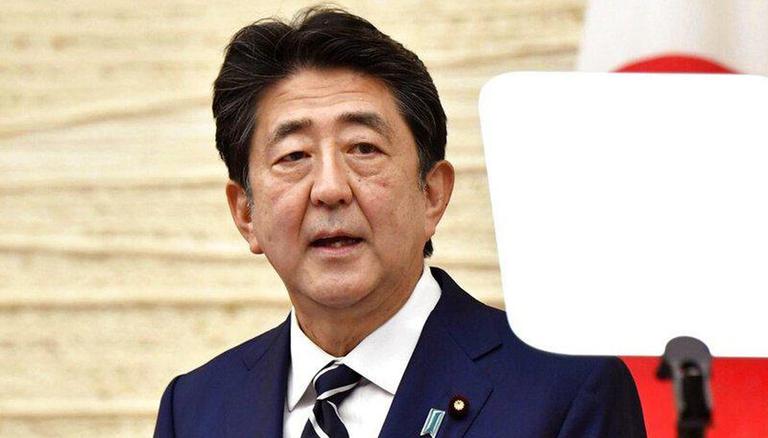 
The longest-serving Prime Minister in Japan's history, Shinzo Abe passed away after being shot at twice during an election campaign in Nara on Friday. Abe was taken to the Nara Medical University Hospital in Kashihara city where the doctors tried their best to save his life. The latter's premiership from 2012 left a deep imprint on the economy, domestic politics and foreign policy of Japan. Though LDP won a landslide victory in both the 2014 and 2017 polls, Abe unexpectedly stepped down from his post in September 2020 after a resurgence of his intestinal disease.

Here are the key policy moves of Shinzo Abe's tenure:

Abenomics- This refers to the comprehensive policy package unveiled by Abe and his government in 2012 to revive the Japanese economy after two decades of deflation while maintaining fiscal discipline. It was aimed at achieving sustainable growth and a data-driven and human-centric society for future generations. This entailed innovation in social structures, welcoming diverse ways of working, empowering everyone equally, enabling smart regulations and creating a more business-friendly environment.

As a result, by 2020, the nominal GDP advanced by 48.4 trillion Japanese Yen and 4.4 million more women were added to the workforce. Moreover, the unemployment rate dropped by 2.4% and the tax revenue witnessed an increase of 16.2 trillion Japanese Yen. Abenomics assumes significance as the Japanese economy faces a structural challenge of an ageing society and shrinking population.

Intent to rewrite the pacifist constitution- Throughout his tenure, Abe publicly expressed a desire to amend Article 9 of Japan's Constitution. It read, "Aspiring sincerely to an international peace based on justice and order, the Japanese people forever renounce war as a sovereign right of the nation and the threat or use of force as means of settling international disputes. In order to accomplish the aim of the preceding paragraph, land, sea, and air forces, as well as other war potential, will never be maintained. The right of belligerency of the state will not be recognized".

This was incorporated into the country's Constitution in the aftermath of World War II. In 2014, the Japanese government approved a reinterpretation of the article, paving way for the Japan Self-Defence Forces to get more powers. Essentially, it enabled them to defend allies in case of war being declared upon them. While the US supported this move, some countries such as China expressed their concerns.

READ | Shinzo Abe shot: All we know about shooter Tetsuya Yamagami who was an ex-defence official

Nationalism- During his 8 years in office, Abe was perceived as a conservative politician seeking to bolster Japan's national identity and historical traditions. For instance, his administration deleted references from textbooks pertaining to the official involvement of the Japanese government and military in the sexual exploitation, violence and slavery of ‘comfort women’ in Korea and elsewhere. On the security front, his tenure saw critical steps such as the formation of the National Security Council in 2013, procurement of new military hardware such as F-35 fighter aircraft and a 13% increase in defence spending.

Foreign policy- The late Japanese PM will also be remembered for his bold foreign policy initiatives that aimed at tackling China's growing influence. In 2017, Japan, India, Australia and the US agreed to revive the 'Quad' coalition to counter China’s aggressive behaviour in the Indo-Pacific region. They are committed to promoting a free and open rules-based order rooted in international law to advance security and prosperity and counter threats to the Indo-Pacific and beyond. He also adopted a more firm stance toward North Korea.

In 2014, he became the first Japanese PM to attend India's Republic Day parade as a Chief Guest. A year later, he visited PM Modi's constituency and laid the foundation stone for Varanasi International Cooperation and Convention Centre. Funded by the Japan International Cooperation Agency, it was inaugurated by the PM last year. Abe's special relationship with India is reflected by the fact that he was conferred with Padma Vibhushan in 2021 and the Netaji Award in 2022.