SHOCKING: Two Cars Fall Into A Sinkhole. Here's What Happened!

In a shocking yet scary incident, a sinkhole opened up and swallowed two cars.

In a shocking yet scary incident, a sinkhole opened up in the Harbin capital city of Heilongjiang province in north-east China that swallowed two cars. Reports suggest that incident took place because of the heavy rains that led to the collapse of the busy road. On further investigation, it was discovered that this is not the first time this has happened in the city, as previously in October 2017, a horrifying video of a Rolls Royce falling into a sinkhole had surfaced on the internet. As per reports, the sinkhole is said to be 10 meters long, and 4 meters deep, which already had a car fallen into it, when a second car came and fell down into the same hole. The driver of the second car claimed that he had no idea, that there was a sinkhole on the road before he felt the front of his car dip, and it was too late to pull the brakes. There are various pictures of the incident that have surfaced on the internet which is shocking and horrifying. 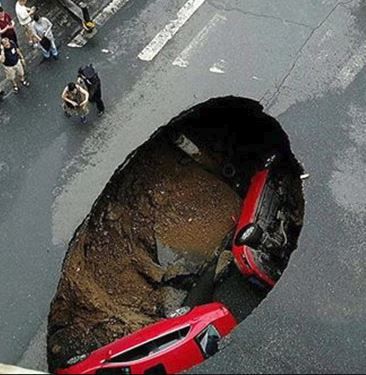 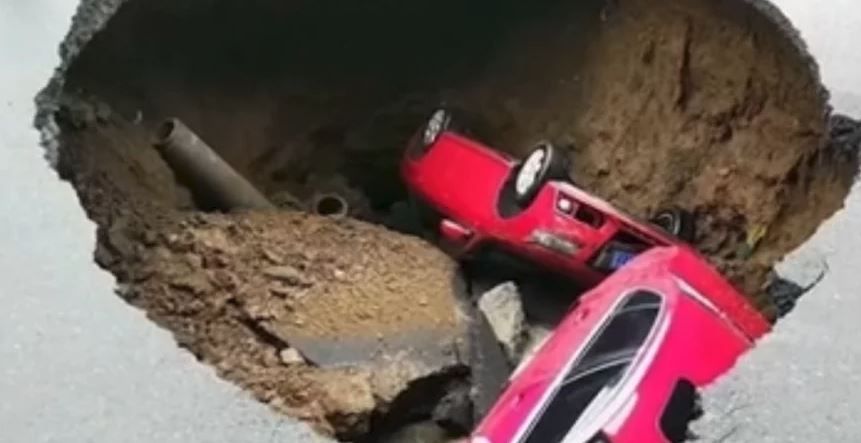 To everybody's relief, nobody was injured and the occupants of the two cars escaped without any major injuries. The authorities of the city have been informed and the police officials are investigating the case. However, for Harbin city, these incidents seem to be common because every year there is news of a sinkhole swallowing cars. Earlier, in 2015 there was news that a sinkhole had swallowed around five cars and the people in the accident were seriously injured and had to be rushed to the hospital. In another incident, a sinkhole emerged when the pedestrians were waiting around for the bus. A shocking surveillance footage shows around five pedestrians being swallowed up by a sinkhole. However, reports suggest that these sinkholes take place time to time because of heavy rains, but the reason is not confirmed and researchers are investigating the exact cause of it.