Countries, including India, commemorated the last major surrender ceremony of the Japanese army to the US in Singapore that marked the end of WWII.

On September 12, seven former WWII combatant nations gathered at a war memorial in Singapore to observe the 75th anniversary of the end of World War II. Countries, including India, commemorated the last major surrender ceremony of the Japanese army to the United States on September 12, 1945, that marked the end of WWII with the pact signed at Singapore's City Hall which officially ended WWII 75 years ago. The representatives from the seven nations also paid tribute to those who lost lives to COVID-19, according to a PTI report.

Earlier, an anniversary scheduled to take place at Kranji War Cemetery was cancelled in view of the coronavirus restrictions. However, the remembrance ceremony was held despite the COVID-19. Indian High Commissioner P Kumaran visited the memorial to pay respect to the deceased and the fallen war heroes. High Commissions or Embassies of Australia, Canada, India, Japan, New Zealand, and the United Kingdom, and Singaporean representatives from the Battlebox, an award-winning war museum in Singapore managed by private heritage consultancy Singapore History Consultants (SHC) visited the ceremony according to the PTI report. Former enemy combatants in the Pacific theatre of WWII’s High Commissioners, Ambassadors, and representatives came together to honour the fallen and lay wreaths at the Cenotaph in post-war reconciliation.

On September 12, 1945, the Japanese Southern Army to South East Asia Command in Singapore had its last major surrender ceremony of WWII. Japanese military leaders climbed aboard the USS Missouri in Tokyo Bay on September 2, 1945, the battleship which was packed with US sailors eager to see the end of World War II. According to reports, the United Staes had also a blockbuster event with parades, movie premieres, galas, and thousands of people to honour the veterans in their 90s or beyond. However, many veterans in the United States army then weren’t able to return to Missouri in Hawaii’s Pearl Harbor due to the ongoing pandemic. And therefore, the ceremony was scaled down to about 50 people, with local veterans and government officials gathering on the USS Missouri.

Names of the surviving WWII veterans were read who was on the ship the day the Japanese surrendered. While World War II ended 75 years ago, not all countries commemorate it on the same day. September 12 marks the anniversary of the formal September 2, 1945, surrender of Japan to the United States, when documents were signed officially aboard the USS Missouri in Tokyo Bay. The day is termed as V-J Day in many countries, however, many nations celebrate August 15 as the WWII end. 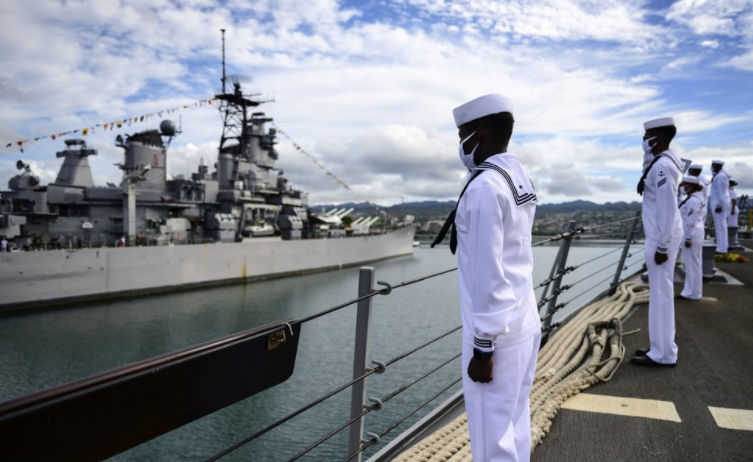 [In this image provided by the U.S. Navy, sailors aboard the guided-missile destroyer USS Michael Murphy (DDG 112) render honors to Battleship Missouri Memorial during the official ceremony for the 75th anniversary of the Japanese surrender that ended World War II. Credit: AP] 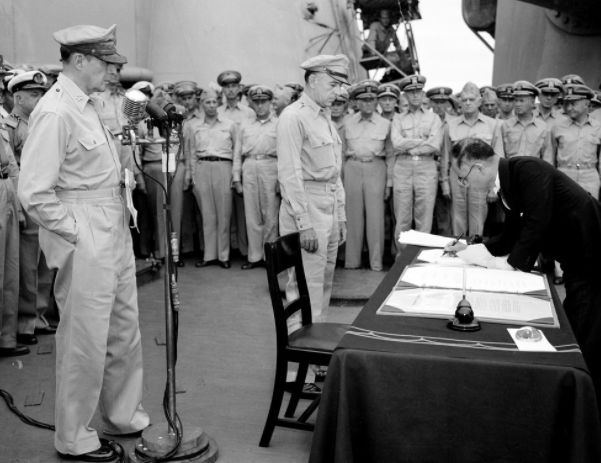 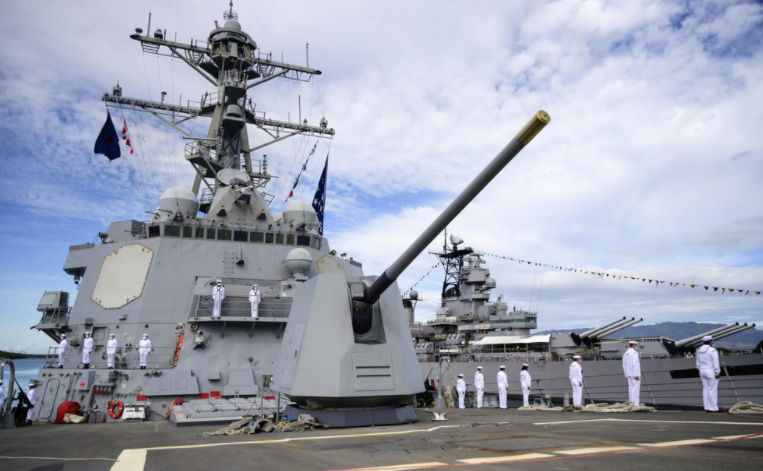