South Korean Prime Minister Kim Boo-kyum apologised for not ensuring proper health care for their soldiers who have dedicated their lives to the country. 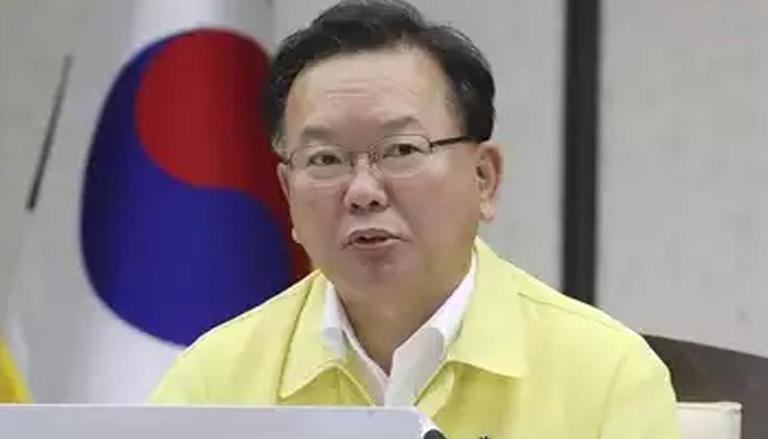 
Hundreds of COVID-19-infected servicemen were airlifted to Seoul on Tuesday after a military destroyer patrolling the waters off Africa was discovered to be infected with the coronavirus. The infection of nearly 250 unvaccinated crew members onboard the warship Munmu the Great, the country's largest cluster of COVID-19 military cases, sparked a public outcry over the government's failure to protect soldiers serving abroad.

South Korean Prime Minister Kim Boo-kyum apologised for not taking better health care of their soldiers who have dedicated their lives to the country. He also promised treatment and rehabilitation support for the crew, which includes 12 people in critical condition. Suh Wook, the Defence Minister also apologised for not immunising the crew before they left for an eight-month counter-piracy mission in the Gulf of Aden in early February, and said he would review anti-virus rules for all overseas military units.

The rare double apology highlighted seething discontent in South Korea over the country's handling of the pandemic as the fourth wave of illnesses sweeps the country, with only 13% of the country's 52 million people completely immunised due to vaccine shortages.

The military destroyer sailed out of South Korea just a few weeks before the country's national vaccination campaign began. Due to restricted emergency response and cold storage requirements for several vaccinations, authorities decided that inoculating at sea would not be possible, according to the military ministry.

Opposition lawmakers, on the other hand, said the government should have sought assistance from other countries or replaced the crew with vaccinated individuals, and then called on President Moon Jae-in to apologise. Moon said he would accept criticism for the "inadequate, complacent" handling of the situation, and he ordered new measures to safeguard the health and safety of troops and diplomats serving overseas.

The spread onboard the warship was reportedly exacerbated by poor early responses, according to opposition legislators, as a sailor who first reported symptoms on July 2 was merely given cold medicine.

According to Han Ki-ho, an opposition leader who sits on the parliamentary defence committee, the military initially used less accurate antigen testing kits and only began using full-scale polymerase chain reaction (PCR) tests after six members were confirmed to be infected on July 15.