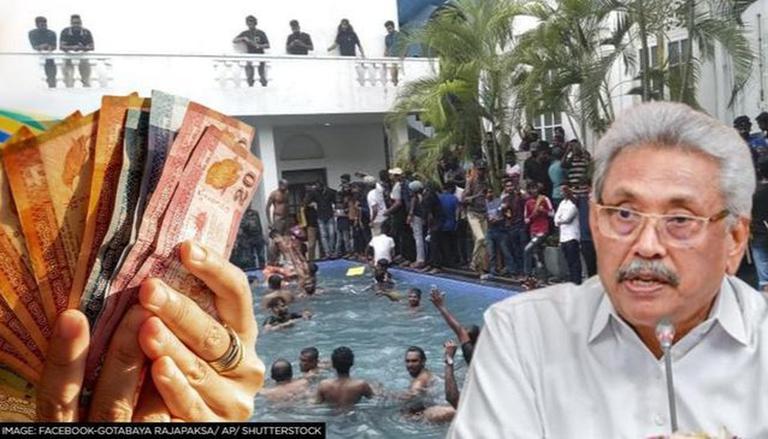 
Anti-government protestors in Sri Lanka, who broke inside President Gotabaya Rajapaksa’s official residence in Colombo Fort, claimed to have found at least 17.85 million Sri Lankan Rupees inside his seaside mansion as the country remains crippled by the worst financial crisis since 1948. After thousands of protesters stormed Rajapaksa's residence and later PM Ranil Wickremesinghe’s house, which they set on fire, the Sri Lankan President’s whereabouts are still unknown. The protestors broke inside the high-security Fort district on Saturday and were using his property.

Amidst the political turmoil, a video also emerged of demonstrators counting cash inside Rajapaksa’s residence. The clip then spread like wildfire with people across the globe watching the scenes emerging from the island country in shock. The confiscated funds were allegedly handed over to the local police.

Protesters in Sri Lanka found lots of money at President’s house and it was handed over to the police. pic.twitter.com/rYzkg2sbqW

On Saturday, the demonstrators remained in Rajapaksa’s seaside residence in Colombo Fort and Wickremesinghe’s home. The protestors stated that they would remain inside the leaders’ residence until they resign. Meanwhile, Sri Lankan PM’s office stated on Monday that President Gotabaya Rajapaksa has officially informed PM Ranil Wickremesinghe that he will be resigning as previously announced.

In the country crippled by an acute shortage of fuel, medicines and other essential items, the discontent with the Sri Lankan administration has been growing among the residents. Soldiers were even deployed around the city, however, as per AP, the troops only watched from afar as the crowds entered Rajapaksa’s sprawling residence and even splashed in the spool. Meanwhile, the occupants of the Sri Lankan PM’s residence were captured cooking in an outdoor kitchen and playing the tabletop game carrom. Some even slept on the sofas.

In a statement shared on Twitter, the Indian High Commission said, "The High Commission would like to categorically deny speculative reports in sections of media and social media about India sending her troops to Sri Lanka. These reports and such views are also not in keeping with the position of the Government of India”.

“The Spokesperson of Ministry of External Affairs of India clearly stated today that India stands with the people of Sri Lanka as they seek to realise their aspirations for prosperity & progress through democratic means & values, established institutions & constitutional framework,” it added.