Sri Lanka's opposition leader, who is seeking the Presidency, affirmed he will fight for the Presidential elections despite knowing it is an “uphill task". 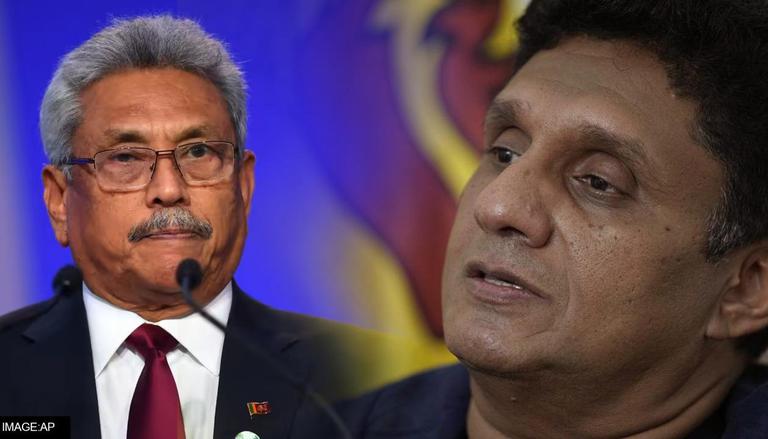 
Sri Lankan opposition leader announced that he will fight for the presidential elections despite knowing it is an “uphill task”. According to Sajith Premadasa, he is confident of winning the presidential polls and added he would ensure that “an elective dictatorship never, ever occurs” in the island nation, which drove the country into the worst ever economic crisis since its independence. Taking to the microblogging site, he wrote, "I am contesting to be the President. The electorate is confined to 225 MPs with the GR (Gotabaya Rajapaksa) coalition dominating the numbers. Even though it is an uphill struggle, I am convinced that truth will prevail."

Meanwhile, in an interview with the Associated Press on Friday, he accused former President Gotabaya Rajapaksa and ex-Prime Minister Mahinda Rajapaksa of robbing the country and criticised their policies that leads to the worst scenario in Sri Lanka. Notably, the Rajapaksa family, which had been in power for decades, denied the corruption allegations but acknowledged that some of their economic and farming policies contributed to the country's meltdown. However, the Presidential candidate voiced confidence in holding the Rajapaksa family accountable through proper constitutional, legal, and democratic procedures, if he would secure a majority for the next president.

Notably, the island nation has been experiencing its worst economic crisis in history. The country has huge debt obligations and dwindling foreign reserves, and has been struggling to pay for imports, causing a shortage of essentials. Citizens were forced to stand in long queues for fuel, cooking gas, and medicines. This leads to massive anger among the people who have been facing an acute shortage of almost all basic requirements. On July 9, millions of people amassed and attacked the official residence of Rajapaksa. Apprehending the anger among the public, Rajapaksa, the former President who fled the island nation with his wife, and other family members to the Maldives and subsequently Singapore, formally tendered his resignation on Friday. Prior to that, Prime Minister Ranil Wickremesinghe took the charge of interim President and assured the countrymen to address the issue at the earliest.