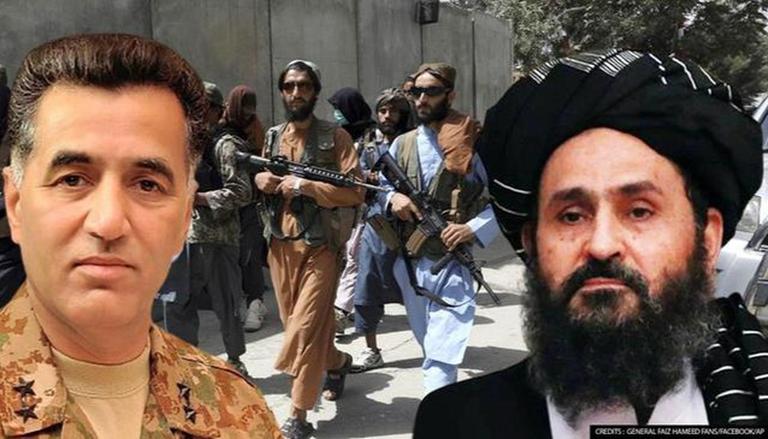 ISI Director-General Hameed reached Kabul last week in an unannounced visit, becoming the first foreign official to reach Kabul since the fall of the Ashraf Ghani administration in mid-August. On August 21, Hameed was seen offering prayers with Taliban terrorists including Mullah Biradar in an unknown location.

In a press conference, Taliban spokesperson Mujahid said that Hameed met with Baradar during his visit to Kabul. He further assured Imran Khan's administration that Afghanistan soil will not be used for anti-Pakistan activities.

Earlier, Pakistani media outlets had reported that a senior delegation led by the ISI chief was in Afghanistan's capital at the invitation of the Taliban, but the insurgent group said that Islamabad has proposed its visit to Kabul.

On Sunday, the Taliban had said that Hameed was in Kabul to improve bilateral relations between Afghanistan and Pakistan. "This Pakistani official has come to solve Afghan passengers' problems at the border areas, especially in Torkham and Spin Boldak. They wanted (his visit to Kabul) and we accepted," Ahmadullah Wasiq, a high-level Taliban leader, was quoted as saying by TOLO News, reported PTI.

Last week, Pakistan had closed the Chaman border crossing with Afghanistan after the Torkham commercial town in Khyber Pakhtunkhwa due to security threats.

Hameed's visit to Kabul came at a time when the Taliban is facing pressure to form an inclusive government acceptable to the international community. Coincidentally, since the ISI chief's visit, the Taliban has increased its offensive against Panjshir, the last free province in Afghanistan.

In an audio message, National Resistance Front leader Ahmad Massoud said that Pakistan is involved with the Taliban in attacking Panjshir. He alleged that Pakistan attacked Afghans in the valley and the international community watched silently.

"We saw yesterday that along with Taliban, there were people from other countries who were fighting with us," Massoud said while referring to Pakistan and ISI forces.