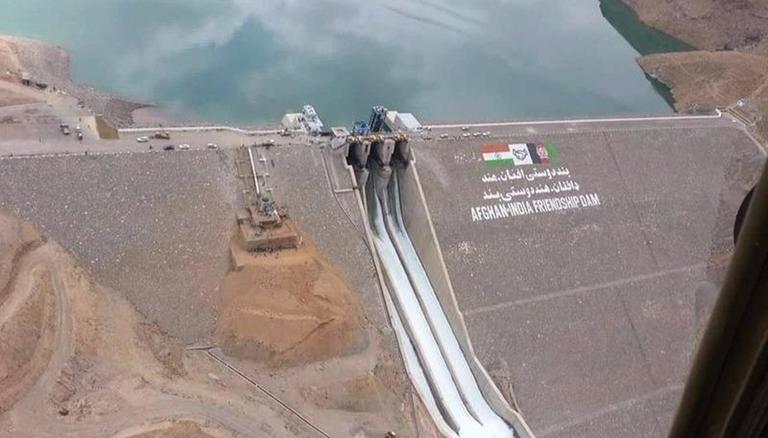 
Taliban attacked and executed at least 16 security personnel on a security checkpoint at the Salma Dam in western Afghanistan. Salma dam located on the Hari River in the Chishti Sharif District of Herat Province was struck on the late hours of Sunday, July 4, a news agency reported citing local sources. Sources claimed that the checkpoint and its equipment had collapsed into the hands of the Taliban.

Why the Salma Dam is significant?

This dam is called the Afghan-India Friendship dam. It has a water storage capacity of 640 million cubic meters and an irrigation capacity of 2,00,000 acres of farmland from the Chishti Sharif District of Herat to the Zulfiqar area on the Iran Border. This dam has been India's most expensive infrastructural project in Afghanistan in recent years.

Both the Taliban and government officials have not made any comments regarding this matter yet. Meanwhile, Afghan forces have expressed the need to retake all the districts that have recently fallen to the Taliban. At least 10,000 members of Afghan commando forces are engaged in suppressing the Taliban across the country.

Afghanistan has been witnessing a surge in violence as the Taliban has intensified its offensive against the government. This comes as foreign forces are withdrawing from the war-torn country. As the Taliban have taken control of several districts across the country, US intelligence assessments have suggested the country's civilian government could fall to the terror group within months of US forces withdrawing completely.

When US President Joe Biden chose in April to withdraw all American forces from Afghanistan by September, some people judged that the result would be a disaster for the country's 38 million people, and in particular, it's women, a news agency reported.

"Now, that tragedy appears to be unfolding more quickly than even many of the pessimists imagined. In recent weeks, Taliban forces have captured dozens of districts in a nationwide offensive, surrounding several provincial capitals and blocking key roads into Kabul. On Tuesday, the top US military commander in Afghanistan, Gen. Austin S. Miller, met reporters and warned with a remarkable bluntness that 'civil war is certainly a path that can be visualized', adding 'that should be a concern for the world'," the op-ed piece said.