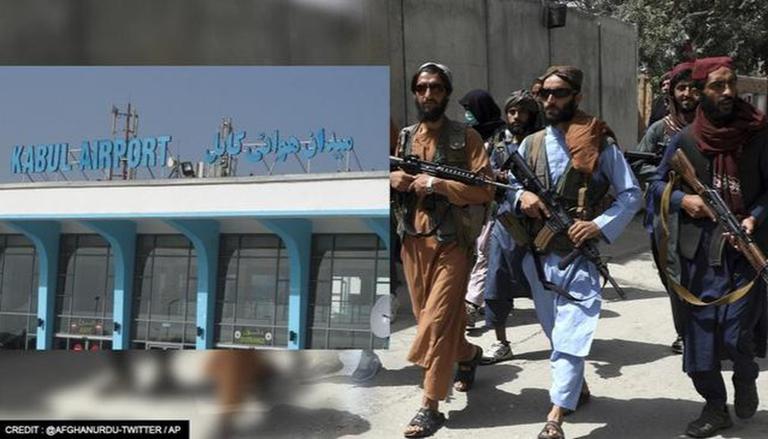 
In another key development after its government formation in Afghanistan, the Taliban on Friday rechristened the International airport in the capital city of the war-torn country. The airport, which earlier went by the name 'Hamid Karzai International Airport', on the order of the insurgent group, will henceforth go by the name 'Kabul Airport', as per the Afghan media.

After firings & blasts, the Taliban gains control of the airport

After the Taliban stormed into Kabul on August 15, forcing the Ashraf Ghani-led government to surrender, the airport became an epicentre of chaos, where thousands every day were seen in misery, some so desperate to leave the war-torn country that they clung on to the wheels of the airplanes flying out and as soon as the plane took off, fell to their death. Besides, a few others lost their lives in the firings of the Taliban which the extremist group falsely claimed did not lead to casualties while the pictures of blood-soaked people lying on the ground that surfaced after the said firings depicted a different story.

The most gruesome of all was the twin blasts that hit the airport on August 26. In the blasts, the responsibility of which was taken by IS-K, several died- including at least 169 Afghans, 11 US Marines, a US Navy sailor, and a US Army soldier.

There has, however, been no case of firing, or other chaotic incidents reported after the Taliban gained control of the Kabul airport following the withdrawal of the last batch of US troops from Afghanistan on August 31. On the other hand, there has been less cause for Afghans to visit the airport as civilian flight operations are far from full scale.

The development comes after the Taliban announced a 33-member 'caretaker' Cabinet on Tuesday. While Mullah Mohammad Hassan Akhund, the chief of the Taliban's Rehbari Shura, is the new Prime Minister, he has two deputies in Mullah Baradar and Mawlavi Hanafi. Another terrorist, Sirajuddin Haqqani, is the Interior Minister, and Taliban founder Mullah Omar's son Mullah Yaqoob has been named as the Defence Minister.