Going against its 'won't enter the city' statement made earlier in the day, the Taliban on Sunday evening entered the capital city of Afghanistan, Kabul 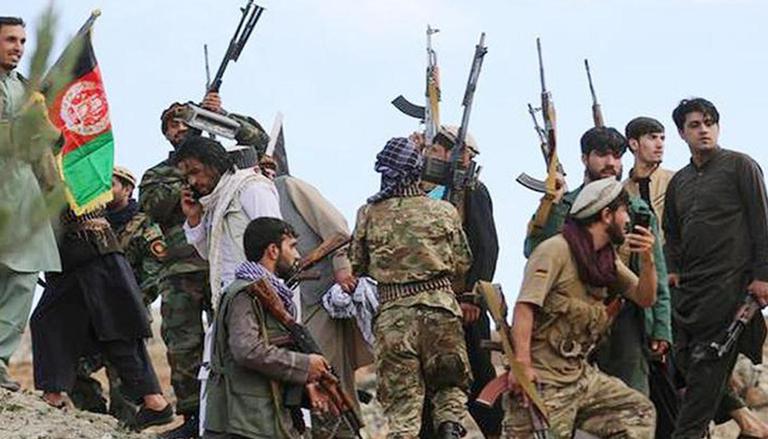 
Taking a U-turn on its 'no forceful entry' statement, the Taliban on Sunday evening entered the capital city of Afghanistan, Kabul. In a fresh statement to that effect, the spokesperson of the military group which is now operating as the 'Islamic Emirate', Zabihullah Mujahid, justified its step by saying that the security forces and government officials had left the war-torn country, and in a bid to prevent chaos, they were making their way to its various 'evacuated' districts. He requested the residents of the districts to refrain from panicking as they arrive. The move is in sharp contrast to its earlier statement, through which it assured that they will not enter Kabul by 'force or war' and sought negotiations towards a peaceful transfer of power.

Pointing out that the districts in Kabul have been evacuated, and the security personnel from the administration, instead of providing security have fled, the Taliban in the fresh statement stated, "So that the common thieves and robbers in Kabul do not mix, and the abusers do not harm the people, the Islamic Emirate ordered its forces to enter the areas of Kabul." The spokesperson, assuring that the citizens have no reason to fear, added," The Mujahideen will enter the districts very easily and will not work with anyone."

The statement comes right after Abdullah Abdullah, chairman of the High Council for National Reconciliation, asked the Taliban to allow some time for talks before entering the city of Kabul.

Afghanistan issue-All you need to know

It all started in 2001, when four commercial flights were hijacked, two of which were flown into the World Trade Centre in New York, one in the Pentagon building in Washington, and one in a field in Pennsylvania, killing over 3,000 people. The responsibility of the attacks was taken by Al-Qaeda, whose leader Osama Bin Laden was lying in the protection of the Taliban, the ruler of Afghanistan back then. In a bid to extradite Osama Bin Laden, the United States approached the Taliban but when they refused to help, the military intervened. They removed the Taliban and pledged to form a democratic form of government there, which was indeed formed in 2004. Hamid Karzai, the leader of the Popalzai Durrani tribe was elected the first President. Miffed by this, the Taliban continued its attacks.

As per reports, in 2020, the US signed a deal with the Taliban for peace in Afghanistan. As part of the deal, the US and NATO agreed to withdraw all troops from the country within 14 months. Joe Biden, keeping in line with the agreement announced that the troops would all be withdrawn on August 31, steps toward which the US started taking from July itself. Making the best use of the opportunity to re-establish its regime, the Taliban started capturing one territory after the other, with the same tactics of bloodshed as before. One after the other the significant provinces fell, from Ghazi to Kandahar with fear looming over the capital city Kabul.

Things entirely fell in the favour of the Taliban after the fall of Mazar-e-Sharif - a heavily defended city late on Saturday and the fall of Jalalabad on Sunday morning. With control over Mazar-e-Sharif and Jalalabad, the Taliban confined the Ashraf Ghani-led government to the center and east, and given this major leverage, the nation failed to protect its capital. The militant group took over all border posts leading to Kabul, leaving only Kabul airport as the remaining exit from the war-torn nation. The Taliban then issued a statement saying that they have no plans to take the Afghan capital by force, following which the Afghan government, via its interim interior minister said that there would be no fighting and that a peaceful transfer of power was being worked out, confirming that the government had surrendered. Shortly after that it came to light that Ashraf Ghani had fled the country as well, and is likely in Tajikistan.

WE RECOMMEND
Afghanistan: Taliban has breakfast at Governor House after taking over Jalalabad
Taliban warns India against military presence in Afghanistan, discusses links with Pak
As Taliban breach Kabul, over 80 Afghanistan soldiers cross border & seek Uzbekistan's aid
Who are the Taliban? How did it start ruling Afghanistan? When did US troops enter?
China prepared to recognize Taliban-rule in Afghanistan if Kabul falls: Report