Taliban sources have informed that Zabihullah Mujahid, the organisation's longtime spokesman, will be serving as the Minister of Information & Culture of Afghan 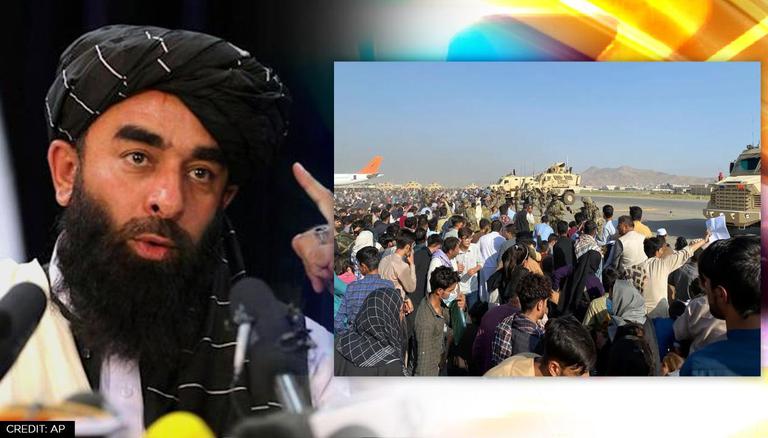 
A day after Afghanistan's former Vice President Amrullah Saleh declared himself 'legitimate caretaker President' of the war-torn nation, Taliban sources have informed that Zabihullah Mujahid, the organisation's longtime spokesman, will be serving as the Minister of Information and Culture of Afghanistan until the cabinet is announced.

Interestingly, the appointment of Zabihullah Mujahid comes after a day of his press conference in which he accused social networking site Facebook of censoring and violating the Islamist group’s right to free speech by banning them from all its platforms.

Speaking to the reporters at the Afghan capital, Kabul, Zabihullah lashed out at Facebook CEO Mark Zuckerberg saying that the “people that claim to be promoters of free speech” have removed user accounts linked to him after the Islamic movement seized power in the Middle East country.

Mujahid complained of not being able to post on Facebook and asked why were the accounts linked to the Taliban banned across social media even when the group did not share anything on Facebook-owned platforms such as Instagram and WhatsApp. The Talibani spokesperson continued to lambast the social media giant as he held a conference at the Afghan government press centre, positioned in the seat previously held by Dawa Khan Meenapal, a spokesman for the Afghan government whom they assassinated earlier last week on Friday.

Taking to Twitter, Amrullah Saleh on Tuesday cited protocols mentioned in the Constitution of Afghanistan, as per which in case of absence, escape, resignation, or death of the serving President, the Former Vice President becomes the caretaker President. "I am currently inside my country and am the legitimate caretaker President," Saleh wrote, reaching out to all leaders to secure their support and consensus.

Soon after surrendering to the Taliban, serving President Ashraf Ghani along with his aides fled Afghanistan. The information of Ashraf Ghani fleeing from Afghanistan was put forth in the public domain by Senior Afghan leader and Head of the High Council for National Reconciliation, Abdullah Abdullah through a video.

READ | Twitter to not ban Taliban from platform, says 'will remain vigilant over violations'

As US troops retreat after 20 years from war-torn Afghanistan, the Taliban launched an offensive taking over cities like Kandahar, Herat, and Lashkar Gah, gradually encircling the government in Kabul. While Kandahar and Herat fell on Thursday, forcing government officials and their entourage to flee to the airport to escape the city by air, Mazar-e-Sharif fell on Friday, while Jalalabad and Lashkar Gah on Saturday, strengthening the Taliban's stronghold.

The longstanding war in Afghanistan reached a watershed moment on Sunday when the Taliban insurgents closed in on Afghanistan's capital Kabul and entered the city and took over the presidential palace, forcing President Ashraf Ghani to join fellow citizens and foreigners to leave the country.

WE RECOMMEND
Afghanistan: Taliban laugh when asked if 'Afghans can vote women politicians', watch
Taliban supplied military equipment and weapons to Pakistan, claims Afghan commander
What is the Taliban? How did Taliban emerge? What was Afghanistan before 9/11, 2001?
Afghanistan: Face-off between 'caretaker' President Saleh & Taliban over Panjshir Valley
Facebook designates Taliban as 'Terrorist Group', bans content; WhatsApp to follow suit