Massive deforestation in majority of hotspots in 2020 occurred in Brazilian Amazon with the highest primary forest loss in Brazil, Peru, Colombia, Venezuela. 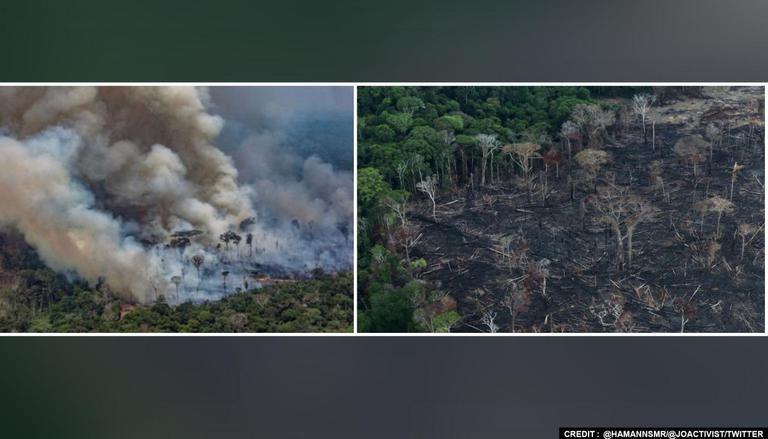 World’s largest Amazon rainforest in Brazil witnessed a 17 percent surge in deforestation activity that wiped out nearly 2.3 million hectares of forests (5.6 million acres) stretching approximately across nine countries, a new report published by US-based Amazon Conservation non-profit ‘MAAP’ revealed. Massive deforestation in the majority of hotspots in 2020 occurred in Brazilian Amazon with the highest primary forest loss in Brazil, Peru, Colombia, Venezuela, and Ecuador. “The deforestation stretched across nearly the entire southern region. Many of these areas were cleared in the first half of the year and then burned in July and August last year,” the report found.

Amazon rainforests witnessed two intense and raging forest fires incidences, in 2019 and 2020, with at least  2,500 major fires all reported in Brazil’s Amazon. These fires converted the lush green vegetation into muddy trails, eradicating millions of trees and close to 1 million species. The forest cover loss in the years 2019 and 2020 was the third-highest annual total on record that destroyed 88 percent of greenery in Brazil, followed by the Bolivian Amazon 8 percent and the Peruvian Amazon 4 percent.

“In the Brazilian Amazon, fires engulfed the 51 percent already deforested areas, an estimated 1.8 million acres which depicts current high deforestation rates in Brazil,” the report found. “In September, there was a major spike in forest fires, impacting vast areas of standing forest (over 5 million acres),” it further continued. 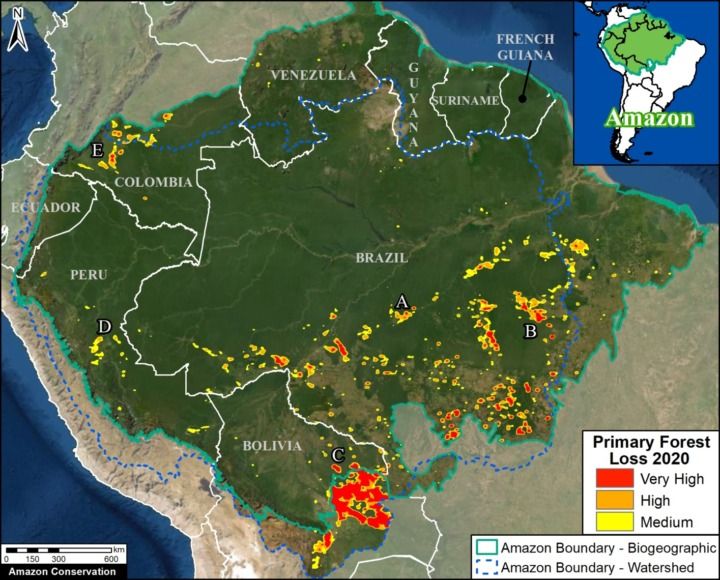 However, in the  Bolivian Amazon, 88 percent of the  Amazonian savanna and dry forest ecosystems were charred, but there continues to be an arc of deforestation in the northwestern Colombian Amazon, impacting numerous protected areas. According to MAAP, deforestation continues to impact Peruvian Amazon in the central region due to increased illegal gold mining in the Southern region.

Amazon rainforests, which are a vital carbon store, have witnessed an accelerated deforestation rate that surpassed the 12-year record since President Jair Bolsonaro assumed office. The former has repeatedly pledged to increase developmental activity in the region during press addresses and has weakened the forest protection policies giving leeway to illegal logging, leading to climate change, rising dry temperatures, and droughts in the region.

The deforestation has cleared lands impacting the livestock, and retaining black soot left behind by the fires. Bolsanaro has also repeatedly touted that the Amazon rainforest is “open for business”, while experts warned that increasing deforestation in the world’s biodiversity hotspot and one of the most critical ecosystems of the planet could have serious implications on global temperature and rainfall.