President of Tibetan government-in-exile Penpa Tsering, Thursday said that the Tibetan people have shown “indomitable courage” and determination in their battle 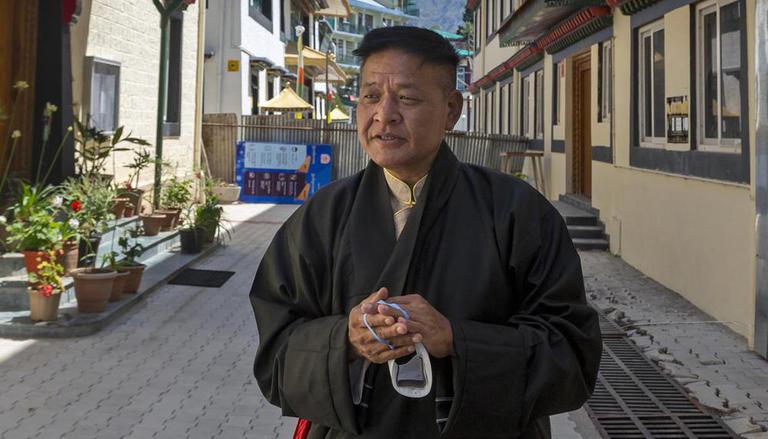 
President of Tibetan government-in-exile Penpa Tsering, on Thursday said that the Tibetan people have shown “indomitable courage” and determination in their battle against China’s atrocities. Speaking on the occasion of the 61st foundation day of the Tibetan Parliament, he urged his compatriots to continue the “freedom struggle” highlighting that it was “strength that unites Tibet.”  Furthermore, he also acknowledged and thanked India, the US and other countries which have indicated support for the Tibetan cause.

"Today, as we commemorate the 61st democracy day, we extend our heartfelt greetings to our compatriots in Tibet. No matter how much China's propaganda machinery make false claims of development during the 70 years of so-called peaceful liberation of Tibet in its recent White Papers, Tibetans inside Tibet have maintained indomitable courage and determination in the face of China's continued policy to exterminate the Tibetan identity, and they have been making all-round efforts to protect Tibet's religion, culture, language and tradition, for which we remain deeply grateful," the Tibetan leader told reporters.

"It is this strength that unites the Tibetans in exile and keeps alive the freedom struggle. It is the common wish in our heart to reunite in Tibet and we would like to appeal to our brethren in Tibet not to lose their determination," he added.

Coinciding with #Tibetan #Democracy Day today the #London Borough of @wfcouncil once again raised Tibetan national flag: 4th time since it was first started in 2018. We have a sizeable Tibetan population residing in the borough. (photo: Tenzin Samphel) @UkTibetan @freetibetorg pic.twitter.com/rLHSuSVY92

Beijing annexed Tibet in 1951 and since then claims it to be a part of its territory. Eight years later, Tibetans and Chinese soldiers clashed violently. Following a failed revolt against Chinese sovereignty, the 14th Dalai Lama escaped to India. Tensin Gyatso was the most prominent Buddhist leader, also called the Dalai Lama, who fled China and set up the government-in-exile in Dharamshala, India. The oppression continued for over eight years until the Tibetans, aiming to overthrow the Chinese, initiated a full-swing civil uprising.

In 1960, the 14th Dalai Lama, with the help of more than 100,000 Tibetans, established the Tibetan Government-in-exile, headquartered in Dharmshala, Himachal Pradesh. At present, there are more than 10,000  Tibetans living across Dharamshala while roughly 1,60,000 from the community live in exile across the world.