The United Arab Emirates (UAE) reopened its embassy in Afghanistan’s capital Kabul after months of closure due to the political turmoil and the Taliban’s siege. 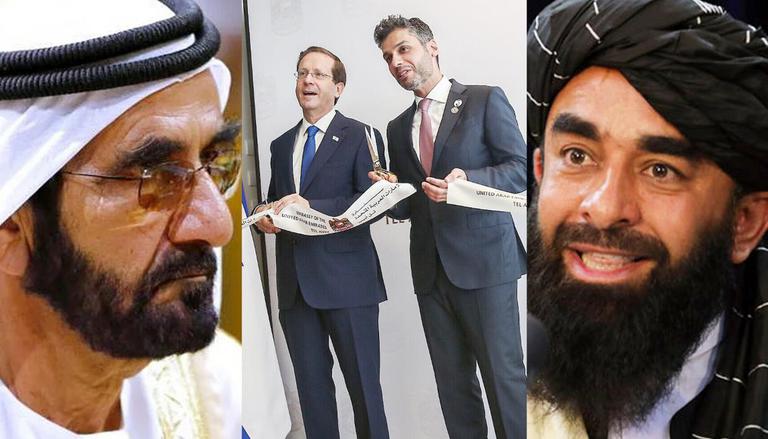 
The United Arab Emirates (UAE) reopened its embassy in Afghanistan’s capital Kabul after months of closure due to the political turmoil and the Taliban’s siege of the central Asian country,

However, the UAE, on its official Ministry of Foreign Affairs and International Cooperation website, warned its citizens to not travel to Kabul owing to the security issue. “The UAE embassy in Kabul warns its country citizens of postponing their trips to Afghanistan due to security situation,” the embassy wrote.

Meanwhile, reports of the reopening of the UAE diplomat mission in Afghanistan was also confirmed by Taliban spokesperson Zabihullah Mujahid, who tweeted:

“The United Arab Emirates reopened its embassy in the capital Kabul with its flag hoisted. A positive step towards more positive steps. We, UAE and Afghanistan already have good relations, which need to be strengthened.”

Meanwhile, this week, the Mohammed bin Rashid Al Maktoum Humanitarian and Charity Establishment sent humanitarian aid for Afghans in four planes loaded with 60 tonnes of food aid to provide for the basic needs of the people suffering in the war-ravaged territory.

Dubai Ruler’s Advisor for Humanitarian and Cultural Affairs and Chairman of the Board of Trustees of the Establishment, Ibrahim Bumalha, stated that sending planes with humanitarian aid to Afghanistan is part of the directives of UAE Prime Minister Sheikh Mohammed bin Rashid Al Maktoum and is a part of the ongoing coordination between the establishment and Dubai’s aviation sector. Furthermore, he said that the planes transported 60 tonnes of basic food supplies, noting the Afghan people are suffering from food scarcity, according to a press document by the UAE Ministry of Foreign Affairs and International Cooperation.

“Several Afghan officials expressed their appreciation to the UAE for its humanitarian efforts and aid to the Afghan people,” Ibrahim Bumalha said.

The UAE has launched humanitarian and charity projects in Afghanistan, including the construction of a village for disabled people with 200 houses, four mosques, two schools, a shopping centre, a clinic and a professional training centre. Additionally, it is constructing Zayed Orphanage in Kandahar, approved as a secondary school that runs seven classes, organises carpentry workshops for orphans, and comprises a housing for students, facilities and a mosque. UAE aid has also helped build several artesian wells in the area.