General Antonio urges the governments by saying that the seafarers and other maritime employees should be officially recognised as 'key workers'. 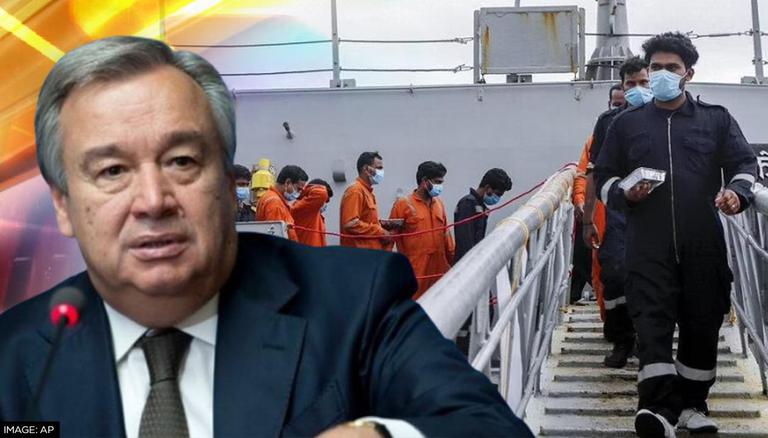 
Every year on September 30, World Maritime Day is commemorated across the globe. On Thursday, the United Nations Secretary-General Antonio Guterres appealed to the countries to alleviate seafarers' pain on this occasion. According to the Xinhua website, Guterres stated that the COVID-19 pandemic has constantly given enormous physical and emotional strain on the world's merchant ships which nearly comprise 2 million women and men.

#COVID19 continues to place immense physical and mental pressures on the 2 million seafarers working across our oceans.

I renew my appeal to formally designate them as key workers, ensure safe crew changes, and allow stranded seafarers to be repatriated. https://t.co/2OZ9sTynof pic.twitter.com/2XQk3bvpph

Secretary-General went on to say that millions of individuals are still experiencing prolonged periods in the sea which basically includes tours of duty, lasting far longer than their agreements. He further said Seafarers confront a humanitarian catastrophe that might jeopardise the security and future of shipping, because of the reasons such as the failure to travel to land, replace personnel as well as no proper healthcare.

UN chief calls the governments to remove plight of seafarers

Guterres urges the nations’ governments by saying that the seafarers and other maritime employees should be officially recognised as 'key workers' and assistance must be provided to them. He even informed that the nations must ensure safe crew transfers, adopting established agreements, and permitting stranded seafarers to return.

The UN chief even stated that these maritime workers as well as seafarers should have access to a national immunisation program, and foreign seafarers should have the provision to be vaccinated at some approved ports. Governments have a responsibility to cooperate with appropriate international treaty commitments to help any seafarers who are suffering from distress, like medical assistance, while guaranteeing that the rights and requirements of mariners are respected, he added.

'Seafarers: at the core of shipping's future'

World Maritime Day is marked by the International Maritime Organization (IMO). In the year 1982, IMO was renamed the Intergovernmental Maritime Consultative Organization (IMCO). The main objective of the IMO is to focus on marine safety, environmental concerns, legal issues, technological collaboration, and maritime efficiency. The inaugural World Maritime Day was held on March 17, 1978.

International shipping nearly carries over 80 per cent of worldwide trade to people and communities all over the globe. Shipping is by far the most effective and cost-efficient method of international transportation for most of the products. It delivers a reliable, low-cost way of transporting products throughout the world, promoting trade and contributing to the wealth of nations and individuals. This year's theme highlights a definite need to promote awareness and boost the visibility of seafarers' vital role in global trade. The World Maritime Day theme for the year 2021 is "Seafarers: at the core of shipping's future".