Director of US Central Intelligence Agency (CIA) William Burns, on Tuesday, held a meeting with the chief of Russian Security Agency Nikolai Patrushev. 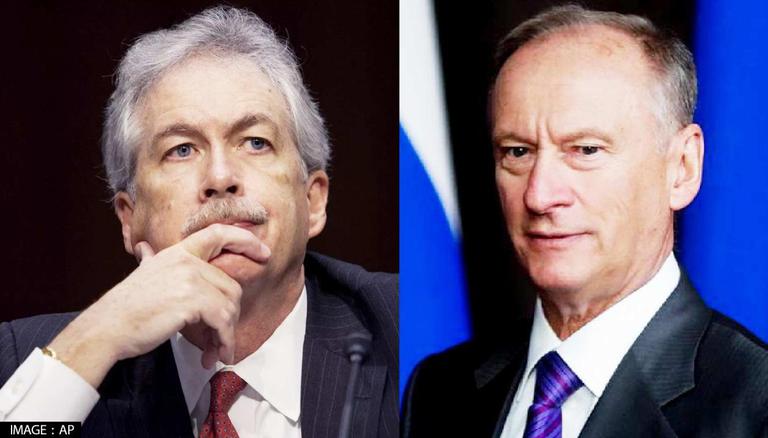 
Director of US Central Intelligence Agency (CIA) William Burns, on Tuesday, held a meeting with the chief of Russian Security Agency Nikolai Patrushev. Without spilling any details, the Security Council of the Russian Federation said that both the leaders discussed “US-Russia relationships”, as per The Associated Press. Notably, the surprise meeting came weeks after the US shifted most of its diplomatic services from Moscow to its embassy in Warsaw, Poland.

The same was reiterated by Russian Deputy Foreign Minister Sergei Lavrov, who told a press briefing earlier that Russian-American tensions have surged to a level worse than what was at the top of the cold war. Both the geopolitical rivals have been trading barbs over a variety of issues including Russia’s alleged interference in US elections, its annexation of the Crimean peninsula amongst others. Efforts at restoring ties were seen earlier in June as the President of both the countries met with an aim to stabilise relations.

Current status of ties between US & Russia

The relationship between the cold war foes hit rock bottom earlier this year after Biden publically called Putin a "killer". The Russian President responded by saying "it takes one to know one". Moscow also called its ambassador to the US back. Apart from the Kremlin's treatment and arrest of opposition leader Alexei Navalny, Moscow and the US have also been warring upon Russia's 2014 annexation of Ukraine's Crimean Peninsula, election meddling, hacking attacks amongst others.

US embassy in Moscow to stop functioning

The US embassy in Moscow could stop performing most functions next year unless there is progress with Russia on increasing the number of visas for diplomats, a US official warned last week. Earlier this year, the Vladimir Putin administration barred the recruitment of locals to foreign embassies, thereby, forcing the US to divert most of its immigration functions to its embassy in Poland.