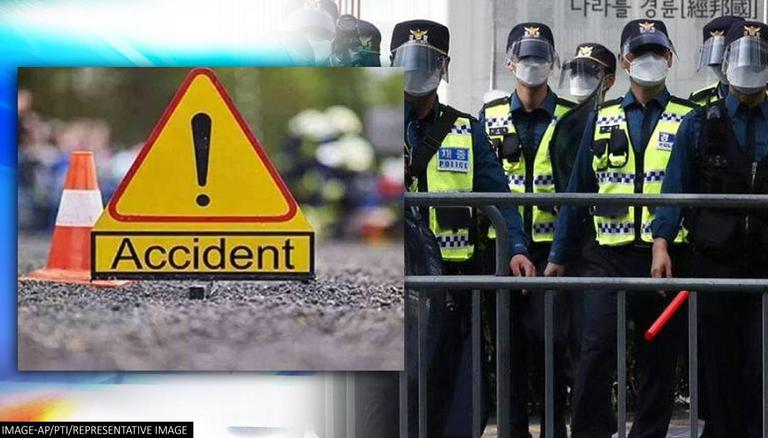 
A United States diplomat has reportedly fled into the Yongsan Garrison after he hit a taxi from behind in Seoul. The US diplomat was reportedly driving in Seoul on Wednesday when the accident happened, reported Yonhap news agency. The diplomat has denied cooperating with the police for the investigation over the matter.

The identity of the US diplomat is not known and he has allegedly hit the taxi bumper while he was changing lanes near the Namasan No.3 tunnel in Central Seoul at 5:35 pm (local time) on Wednesday, reported Yonhap news agency. The US diplomat after the accident left the spot, however, the taxi driver chased the diplomat’s car to Yongsan Garrison Gate 3. South Korea Police also reached Yongsan Garrison Gate and they had tried to find the identity of the diplomat.

US diplomat flees after accident in Seoul

As per the report, the diplomat and three other passengers did not cooperate with the police. They even entered the base without opening the window of their car. The police were unable to take action against the diplomat due to diplomatic immunity. The South Korean police have sent a request to the US Embassy for their cooperation in the matter. The police official said that the department is waiting for the statement of the US diplomat, after which they will make a decision over the charges.