"Our partnership is built on strong two-way trade and investment, people-to-people ties, and in common defense of freedom and shared democratic values," US said 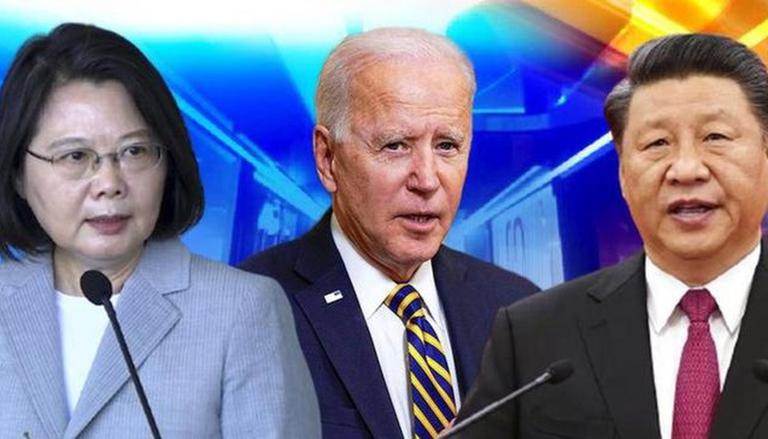 
US has raised serious concerns over China's growing belligerence on Teipei and its clamp down on international trade rules for the self-ruled island by exerting economic pressure. At the bilateral dialogue held between the two countries to deepen cooperation and strengthen their robust economic partnership, the two sides emphasised on People’s Republic of China’s economic aggression on the democratic Taiwan in the second annual 2021 economic dialogue US-Taiwan Economic Prosperity Partnership Dialogue (EPPD) convened by US Secretary for Economic Growth, Energy, and the Environment Jose W. Fernandez as the Cold War-era tensions spilled in the Asia-Pacific region.

Convened by officials at American Institute in Taiwan (AIT) and the Taipei Economic and Cultural Representative Office (TECRO) in the United States, the two nations, at the dialogue focused on the growing Chinese economic coercion on Taiwan, island’s semi-conductor supply, and chip shortages, supply chain resiliency, promoting the digital economy, strengthening 5G network security among others.

"Our partnership is built on strong two-way trade and investment, people-to-people ties, and in common defense of freedom and shared democratic values," US Department of State stated in a press release.

The US also focused on the strained relations between Taipei and Lithuania over the opening of the new de facto embassy in the capital Vilnius.  At the dialogue forum attended by Taiwan’s Minister of Economic Affairs Wang Mei-hua and Minister of Science and Technology Wu Tsung-tsong, Taiwan and the US agreed on advancing collaboration in a variety of science and technology fields, hold discussions on the progress made in the economic areas in the past year and identify new areas for cooperation, information sharing, and mutual understanding.

The two countries also agreed to identify new areas for cooperation, information sharing, and mutual understanding.  The inaugural EPPD occurred in November 2020 under the auspices of AIT and TECRO to advance cooperation on a broad range of economic issues and forge closer ties between the two economies.The initiative was launched during the administration of Donald Trump to counter Beijing's influence on Taiwan.

WE RECOMMEND
Donald Trump slams Joe Biden's decision to release oil from US reserves to lower prices
US says haven't made determination on CAATSA waiver for India, will continue discussions
US mulls over weapon deployment in Ukraine amid rumours of potential Russian attack
China protests passage of US destroyer through Taiwan Strait
US Prez Biden invites 110 nations & Taiwan to virtual summit on democracy; China snubbed