Over 40 Uyghurs, Tibetans, Mongolians, Hong Kong, and Chinese dissident activists marched through central Tokyo to protest against the Bejing Olympics. 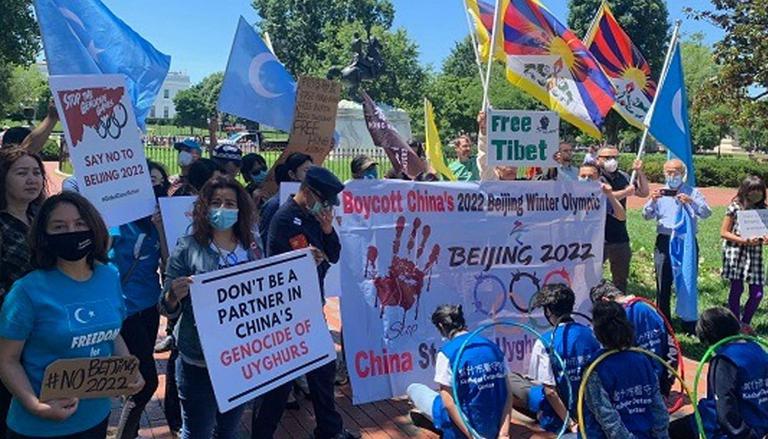 
Over 40 Uyghurs, Tibetans, Mongolians, Hong Kong, and Chinese dissident activists marched through central Tokyo on Saturday, backed by a few Japanese activists to protest against the Bejing Olympics. They carried banners calling for a boycott of the 2022 Beijing Winter Olympics and asked the international community to take notice of China's human rights violations in ethnic minority areas.

They said that the rest of the world needed to wake up to China's violations of basic human rights and stop rewarding it despite its actions. When comparing the 2022 Beijing Winter Olympics to the recent peaceful and positive summer Olympics in Tokyo, some activists argue that the world is being unfair to countries that uphold the values of transparency, democracy, human rights, and openness by treating Japan and China on an equal footing.

7% of the Muslim population in Xinjiang have been detained

They asked all states to band together to exert pressure on China by boycotting the Winter Olympics in Beijing. Uyghurs have long faced cultural, religious and economic discrimination. According to US officials and UN experts, up to one million people, or roughly 7% of the Muslim population in Xinjiang, have been detained in an expanding network of political re-education camps.

Human rights groups have already requested some of the world's largest broadcasters, including NBC, to cancel plans to cover the Winter Olympics in Beijing next year, which is set to begin on February 4, 2022. The proposal was made in an open letter signed by human rights organisations representing Chinese minorities such as Uyghurs, Tibetans, Hong Kong residents, and others.

READ | China has secret detention camps for Uyghurs in Dubai, claims a detainee

China's foreign ministry has reportedly denied the genocide against the Uyghurs, calling the allegations "the lie of the century." It has also criticized the politicisation of sports and declared that any boycott of the Olympics is doomed to fail.

Throughout the twentieth century, China attempted to solidify control over the region, which led to the Xinjiang dispute. From the 1950s to the 1970s, China curtailed the Uyghurs' religious and cultural liberties, while supporting the huge migration of Han Chinese into what was known as the Xinjiang Uyghur Autonomous Region. According to China's 2020 census, Han Chinese account for 42% of the population of Xinjiang, while Uyghurs account for roughly 45%.