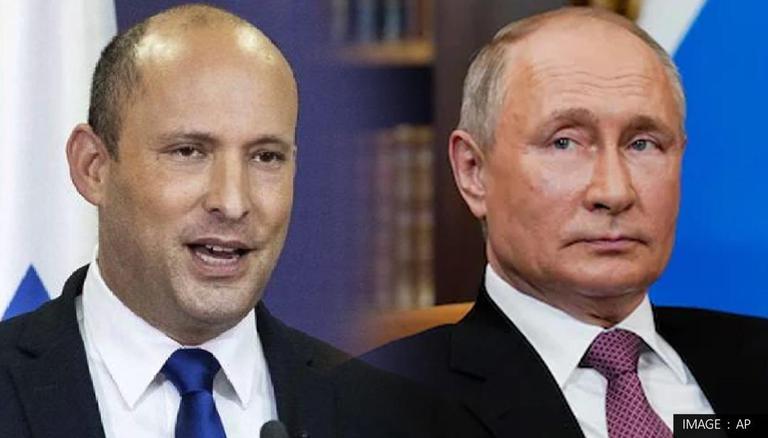 
Russian President Vladimir Putin has requested Israeli Prime Minister Naftali Bennett to persuade the Joe Biden government to relax some of its sanctions against Syria's Bashar al-Assad dictatorship so that Russian enterprises might participate in the country's reconstruction, according to a report released on Wednesday, October 27.

According to the Axios news site, Moscow wants to get the majority of the large-scale restoration projects in Syria in order to boost income while extending its control over the Syrian economy. Putin told Bennett during a meeting in Sochi last week that certain Russian companies were frightened of being punished by US sanctions if they did business in Syria, the agency reported.

Syria's ten-year conflict has killed between 350,000 and 450,000 people and displaced half of the country's pre-war population of 23 million people, largely in neighbouring countries. Even if the conflict has subsided in recent months, Syrian opposition-controlled areas still house millions of people. The United States and other Western allies have accused Syrian President Bashar Assad of purposefully dragging and postponing the writing of a new constitution until after a presidential election in late May, in order to avoid a U.N.-supervised referendum, as the Security Council has demanded.

Assad has met with the leaders of Jordan, Egypt, and the United Arab Emirates in recent weeks. Jordan, a key US ally, reopened its main border crossing with Syria in late September, boosting both nations' suffering economies and reinforcing Arab governments' push to reintegrate Syria after rejecting it during the Syrian war. Similarly, the economics ministry of the United Arab Emirates announced, earlier this month, that the Gulf state and Syria had agreed on future plans to strengthen economic ties and explore new industries.

The Russians are pushing this tendency, while the United States has stated that it opposes such normalisation with Assad as well as moving forward with the reconstruction of the country. According to US Secretary of State Antony Blinken, the US would not support any efforts to normalise relations with Syrian President Bashar al-Assad or to rehabilitate him until there is a permanent movement toward a political solution in Syria.

The Russians seek a trilateral conference of Russia's, Israel's, and the United States' national security advisers to debate Syria's future. Officials in Israel said they are discussing the concept with both parties, but no date has been set, according to Axios. Since 2012, the United States has had no diplomatic representation in Syria.

READ | Iran facilitated drone attack on US' al-Tanf military base in Syria: Report