WHO Calls For Moratorium On COVID-19 'third' Booster Shot; Asks To Donate Vaccines

“I understand concern to protect people from Delta variant, but we cannot accept countries that used global supply of vaccines using more of it," WHO chief said 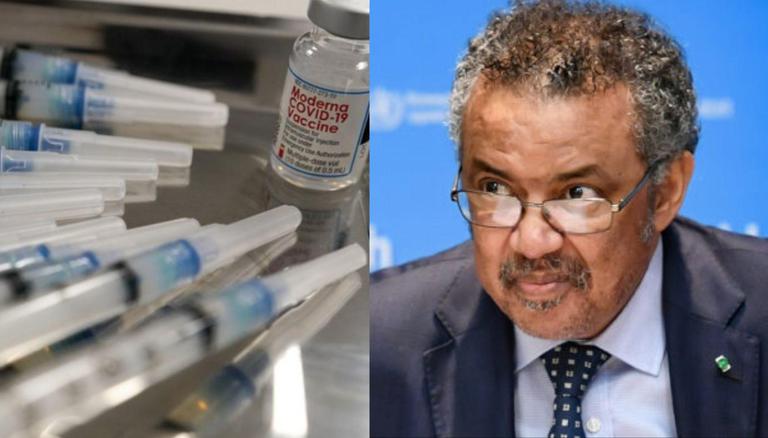 
World Health Organization’s (WHO) chief on Wednesday called for a moratorium on COVID-19 vaccine boosters until “at least the end of September” to enable the world’s most vulnerable and countries witnessing vaccine shortage due to inequality to be inoculated. “I understand the concern of all Governments to protect their people from the Delta variant, but we cannot accept countries that have already used most of the global supply of vaccines using even more of it, while the world’s most vulnerable people remain unprotected”, WHO chief Tedros Adhanom Gebreyesus told a press conference on Wednesday.

Addressing the countries that kick-started the third shot of the COVID-19 vaccine or the booster dose among adults for enhanced immune defence functioning against the hypervirulent delta variant, Tedros said, that thus far more than four billion COVID-19 vaccine doses had been administered worldwide, and 80 percent of them in high- and middle-income countries.

“Less than half of the world’s population live there,” Tedros reminded.

Reiterating the request that he made in May about the international support to promote global vaccinations, Tedros said that the goal of enabling a minimum of 10 percent of each country’s population to be vaccinated by the end of September hasn’t been achieved yet. “As of May, high-income countries had administered about 50 doses for every 100 people, a figure that has since almost doubled, while a lack of supply in low-income countries has left only 1.5 doses for every 100 people,” the WHO chief stressed.

“Some rich countries are considering booster doses even though there are hundreds of millions of people waiting to have access to a first dose”, he said denouncing the move, adding that vaccines must be diverted to low-income countries.

#HealthWorkers, older people & other at-risk groups need #COVID19 vaccines now. @WHO is calling for a moratorium on boosters until at least the end of September, to enable at least 10% of the population of every country to be vaccinated. #VaccinEquity pic.twitter.com/6AwkppgbJj

WHO chief's remarks come after Israel last week announced that it will start administering the third dose of the COVID-19 vaccine to elderly Israelis aged 60 and above. Last week, Israeli President Isaac Herzog received the third shot of the COVID-19 mRNA vaccine, kicking off the campaign. Health Ministry Director-General Nachman Ash told health management organizations (HMOs) that the third booster shot should be given to the elderly vulnerable population for better immune defence against the highly contagious Delta variant of SARS-CoV-2.

Hungary also announced that it will offer citizens a third dose of a COVID-19 vaccine from the beginning of August. Hungary’s Prime Minister Viktor Orban told a presser earlier this week that there has been a rise in demand for booster shots amid the variant spread. Turkey also joined the league saying that amid the concerns of the hypervirulent Delta variant peak, it would offer a third vaccine dose to all the essential frontline healthcare workers and the elderly population aged 50 and above.

READ | WHO 'deeply committed' to stand with India; will save as many lives as we can: Tedros
READ | WHO chief Tedros Adhanom calls for moratorium on administering booster shots of COVID-19
Tags: WHO, Delta, the World
First Published: 5th August, 2021 06:35 IST

WE RECOMMEND
What should I know about the delta variant?
COVID-19: UK researchers suggest additional vaccine shot to counter Delta variant
Surge in Delta cases: How a flight from Moscow crippled China's COVID defences
COVID 19: Hospitals rapidly fill up as new mutant of Delta variant spreads in Nepal
WHO chief Tedros Adhanom calls for moratorium on administering booster shots of COVID-19