Proud dog mom Christina Hunger, a speech-language pathologist from California, has devised an innovative way to understand & communicate with her pet dog Stella

It is every dog lovers dream to understand and have a conversation with their loved furry pets. Christina Hunger, a speech-language pathologist from California, has devised an innovative way to communicate with her pet. She is a proud dog mom of a Catahoula/Blue Heeler mix named Stella.

In a viral video doing rounds on social media, Christina is seen communicating with Strella using the device she created. You can see Stella exploring a set of buzzers labelled with words, and pressing the specific buzzer for the message she wants to convey. Using the custom-made soundboard, Christina is teaching her dog to express itself. Stella and Christina have an interesting conversation on how Stella wants to go outside.

READ | WATCH: This Abandoned Dog Is Helping Railway Police in Chennai, Here's How

The wonderful four-legged student already knows 29 words and is learning to ‘speak in sentences,’ reports People. Stella can now tell its human when it’s hungry, sleepy, or wants a belly rub. It can even say ‘love you.’

In her post describing the video, Christina wrote, “Stella uses language differently when she’s in a heightened state versus when she’s calm.” According to the post, Stella pressed the buzzer for the word “look” nine times and followed it by “come outside” after it heard noises outside.

“I’m impressed that Stella is communicating with language during her more heightened states, not just when she’s calm and in a quiet space,” Christina wrote further. “This shows me that words are becoming more automatic for her to use.”

READ | Couples Who Raise A Dog Together Are Likely To Share A Stronger Bond: Study

Netizens are very impressed by Stella and her human Christina. People have dropped all sorts of comments on the posts. While some expressed their surprise, most praised Stella. 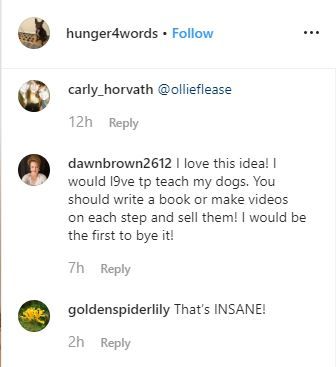 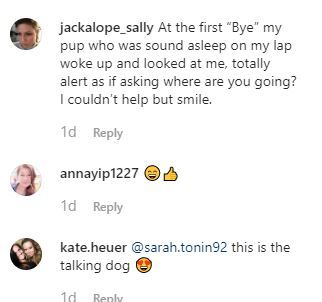