Jambolina, a bear spent her life in a cage and used to perform tricks for a circus in Ukraine. She was rescued by an animal rights organisation Four Paws. 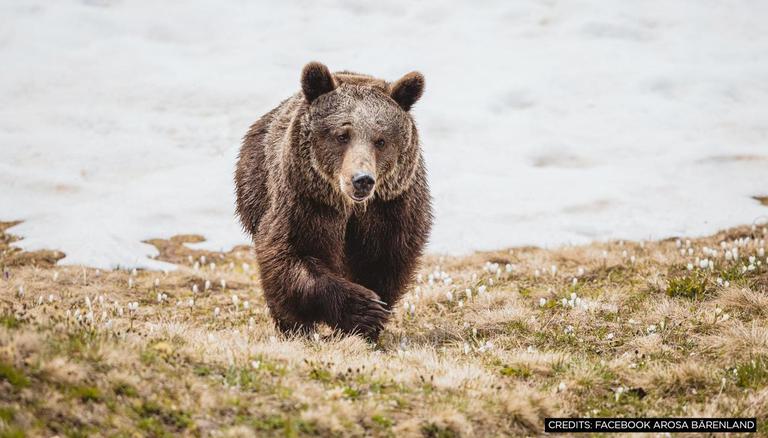 
A brown bear enjoyed her first day of freedom after more than 10 years of captivity. Jambolina, a 12-year-old bear spent her life in a cage and used to perform tricks for a circus in Ukraine. She was rescued by an animal rights organisation Four Paws from Ukraine where she was forced to perform in a circus. The animal organisation and the Arosa Bear Land has shared the glimpse of Jambolina from the animal sanctuary on their social media accounts.

Jambolina was free to roam in the Swiss Alps after years of being tortured, reported The Guardian. The bear was rescued by animal rights organisation Four Paws, whose staff took her to Arosa Bear Land. The bear which was kept in the cage was scared and nervous when she arrived in the Arosa Bear Land.

In a Facebook post, Arosa Bear Land mentioned Jambolina still prefers the familiar indoor enclosure. The outdoor is new for her and she still needs some time to get used to the situation. Jambolina often lies right by the open gate and observes everything that is going outside. The animal keepers expect her to start exploring outdoors again soon and slowly get used to the new environment. They have also shared a video in which Jambolina discovered the outdoor facility for the first time. Jambolina was careful at first but then she got comfortable and took an extensive bath in the pond, sprinted over the extensive facility and visibly enjoyed the movement in nature.  Four Paws International Animal Organisation has shared a video in which scientific director Hans Schmid gives us a tour through Jambolina's stable.

READ | Video: Elephant comes across Tiger while walking in the forest, watch what happens next
FOUR PAWS
Arosa Bärenland

Arosa Bear Land has shared a picture of Jambolina on their Facebook account. The post has garnered more than 700 likes and several reactions. One user commented, "Beautiful Jambolina has mastered her first trip flying well." Another user commented, "Thank you all from Arosa Bearland for the update of Jambolina. Crazy what these animals must have experienced in the past." Another person commented, Welcome to your freedom, "Jambolina! You have your own slice of paradise in Arosa."

READ | Orca leaps out of water during dolphin hunt in Mexico, watch video 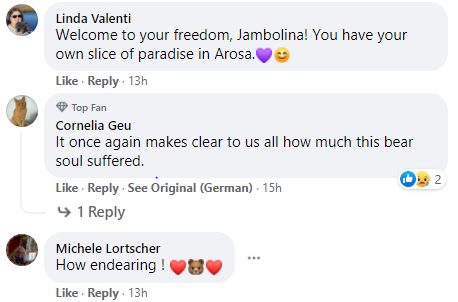 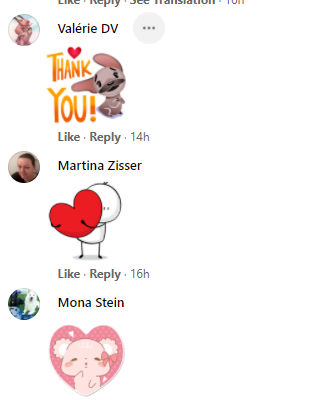