Kwek Yu Xuan was born on June 9 last year at the National University Hospital (NUH) and weighed just 212 g, the size of an apple. 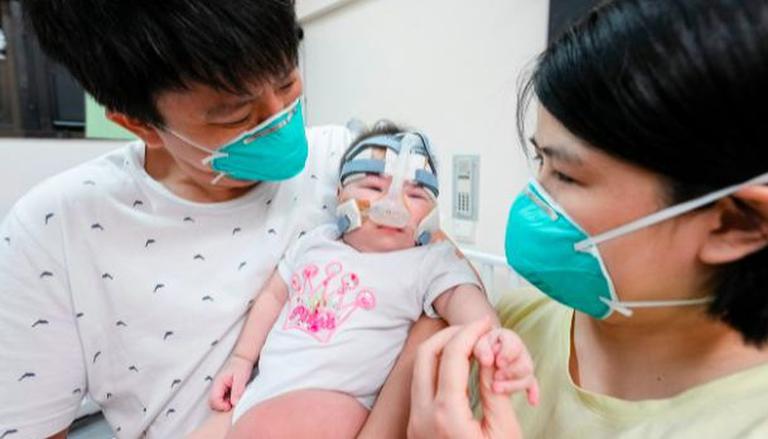 
After fighting for over 13-months, the world’s tiniest baby has finally gone home, having survived a premature birth. Kwek Yu Xuan was born on June 9 last year at the National University Hospital (NUH) and weighed just 212 g, the size of an apple. According to several reports, Xuan was admitted to the neonatal intensive care unit of the NUH’s neonatal department, where she stunned the doctors and nurses due to her tiny size. Child’s clinical nurse, who joined the child care team, told news agencies, “I took a picture of her details and sent it to the professor (in the same department). In my 22 years of being a nurse, I have never seen such a tiny baby. “

As per the NUH, babies as tiny as Xuan have a survival rate of around 70 percent, and most discharge from the hospital after four to six months. But Xuan became the first-ever baby to spend 13 months in the hospital and still have lived.

The child’s premature birth wasn’t anticipated by the parents Kwek Wee Liang and Wong Mei Ling, who are 35 years old and permanent residents of Singapore. Earlier last year, Wong, an administrative assistant by profession at an insurance company, gave birth to the unique child at NUH. Since then, the kid has been under medical supervision as she was extremely underweight. Wong had gone through the complex emergency cesarean section as she suffered from pre-eclampsia or hypertension during the pregnancy. The size of the baby left the couple astonished.

“I didn’t expect to give birth this fast, and we were very sad that Yu Xuan was born so small. But due to my condition, we had no choice. We could only hope that she would continue to grow (and be healthy),” Wong told local correspondents.

She informed that her child was so fragile that she had to be placed on a ventilator for assisted breathing immediately. A diaper covered her entire body, and the service team had to eventually reshape the diapers on their own to make it much smaller. Xuan’s thigh was about the size of a finger. But despite the challenges, the child was generally positive and happy and often moved her tiny hands in response when the nurses called by her name. The baby weighed about 6.3 kg at the time of discharge from the hospital.