Russia: As many as 8 people have died and 12 people sustained injuries after the Kremlin troops launched a missile strike on Desna village in Chernihiv. 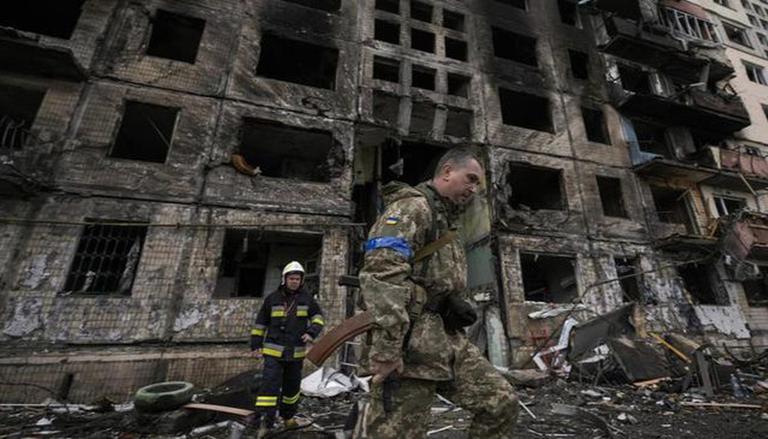 
As the Russia-Ukraine war continues to intensify, reports have emerged that as many as eight people have died and 12 people have sustained injuries after the Kremlin's troops launched a missile strike on the village of Desna in the northern Ukrainian region of Chernihiv. The news of the attack and casualties was confirmed by Ukraine's state emergency service.  The Russian attackers launched four missiles at around 5 am local time on Tuesday, and two of the missiles hit buildings in the village, said regional governor, Viacheslav Chaus, reported The Guardian. Meanwhile, during his daily nighly address, embattled President Zelenskyy said, Russian missile attacks and airstrikes on Lviv, Sumy, Chernihiv, and Luhansk blasts were the Russian military’s attempt to compensate for a “series of failures in the east and south”

Russian missile attacks and air strikes on Lviv, Sumy, Chernihiv, and Luhansk oblasts over the last 24 hours are the Russian military’s attempt to compensate for a “series of failures in the east and south” in Ukraine, President Zelensky said during his daily address.

#Russian occupiers shelled #Dnipro at night. One missile was shot down by air defense, its debris fell on a private sector. In addition, a railroad facility was destroyed.

The occupants also shelled a private sector in #Mykolaiv. pic.twitter.com/PqncSoFY5n

The Russian attackers have continuously bombarded Ukrainian territories. As per the latest update, Russian forces shelled Dnipro during the night on May 17, which resulted in the complete destruction of the railroad facility. The Ukrainian air defence system destroyed one missile but its debris fell on a private sector in Mykolaiv.

Russian President Vladimir Putin ordered a military invasion of neighbouring Ukraine on February 24. Since then, the hostilities between the two nations have led to deaths and destruction in war-torn nations. According to Ukraine's Defense Ministry's update, Russia has nearly lost 27,900 troops along with 1,235 tanks, 3,009 combat armoured machines, and 578 artillery systems. Meanwhile, the war ongoing war has united western countries to stand against Moscow. On Wednesday, Finland and Sweden officially requested to join the North Atlantic Treaty Organization (NATO), citing security concerns over Russia's conflict in Ukraine.