Gulevich’s resignation came after the head of Belarus’ President's Office, Arestovych warned Ukraine that bombing and shelling of the cities will intensify. 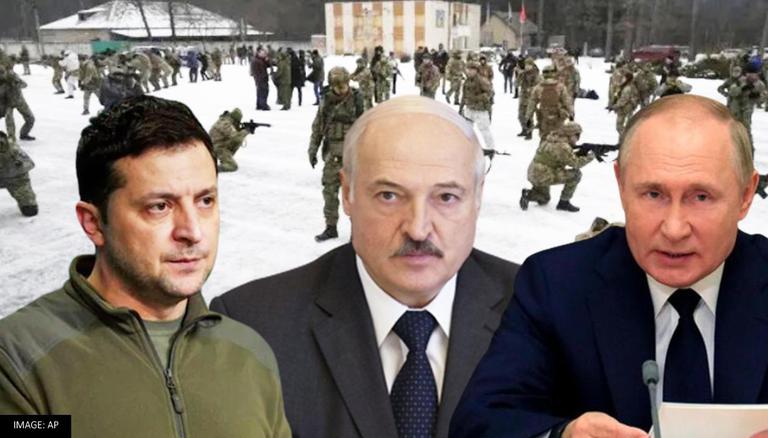 
Advisor to the Head of Belarus’ President's Office, Oleksiy Arestovych, on Sunday said that the Chief of the General Staff of the Armed Forces of Belarus Viktor Gulevich had abruptly resigned from his position, lodging protest against his country’s support to the Russian invasion. A number of Belarusian channels, including Rada TV, aired the scanned copy of Gulevich's resignation letter dated March 4 addressed to Minister of Defense of Belarus Viktor Khrenin. In the letter, Belarus’ General Staff of the Armed Forces stated that the personnel of military units in Minsk were “massively refusing to take part in hostilities and the Armed Forces are unable to complete a single battalion group. “

Gulevich’s resignation came after the head of Belarus’ President's Office, Arestovych, adviser to Belarusian leader Alexander Lukashenko, warned Ukraine that the bombing and shelling of the cities will intensify. He advised the Ukrainians to prepare for an "attrition war”. Belarus’ Chief of the General Staff of Armed Forces, in his letter, said: "Conducting explanatory work with the commanders of military units did not produce results,” referring to his troop's reluctance to join the missions against Ukraine. “I have the courage to assume that replacing the commanders of these military units, who could not organize the formation of groups on the ground, will not give us the desired result," his letter read.

Ministry of Defense of Belarus meanwhile refuted claims that the Belarusian government removed the defence chief, stressing in a statement: “Gulevich cannot ask the Minister of Defense of Belarus to resign, since only the one who appointed him – the Commander-in-Chief of the Armed Forces of the Republic of Belarus, can resign." It further said, the staffing of formations and military units of Belarus is 100%, "and they are already performing tasks, only on their territory.” Advisor to the Belarusian leader Arestovych admitted that the Russian army is conducting shelling from the territory of Belarus, including with the use of Iskander operational-tactical missiles, but shockingly adding that the Russian regime has held Belarus hostage.

"The Belarusian army is not currently used against Ukraine. We know this for sure. It is deployed along the borders. Maybe there are isolated cases of the use of the Special Operations Forces, separate groups of Belarusians,” the adviser to the head of the President's Office told Rada TV channel. “This is not ruled out. However, the Belarusian army at the level of formations does not take part in the armed aggression against Ukraine,” he continued. “Nevertheless, the territory of Belarus is used, to put it mildly, to the fullest – troops come from there, the entire system of military airfields is used to bombard Ukraine, and anti-tactical missiles are launched. This is true,” he said.