Belarus' Lukashenko Claims Poland Wants To Control Western Ukraine; 'will Have To Respond'

Lukashenko said that Poland has been desiring Western Ukraine and asserted that they cannot let Poles surround Belarus, terming it a "dangerous development". 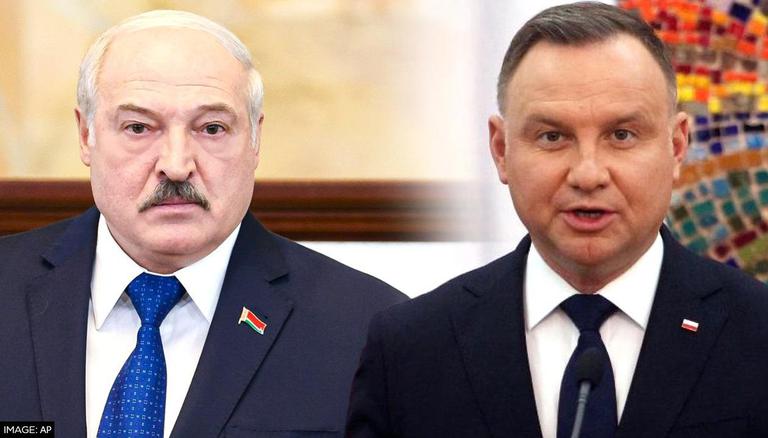 
Belarusian President Alexander Lukashenko accused Poland of eyeing Ukrainian territory and said that Minsk will 'have to react' to it. Speaking to the employees of the Belshina company in Bobruisk, Lukashenko said that Poland has been desiring Western Ukraine and asserted that they cannot let Poles surround Belarus, terming it a "dangerous development", Belta reported.

According to the Belarusian President, the US continues to support Poland with funding, weapons and deploying armed forces. Lukashenko noted that he had once said that Ukrainians would seek help from Russia and Belarus to maintain their integrity in order to ensure that "no one would chop off their territory," as per the Belta report. In his remarks, he asserted that the forces of Belarus need to be alert both in the west and the east. Alexander Lukashenko stated that his government has deployed ten divisions at the border to back the border guards in order to stop anyone trying to enter Belarus and stressed that "there were plans to do it."

Belarus might have to fight for Western Ukraine: Lukashenko

Lukashenko, on June 10, stressed that Belarus might need to fight for Western Ukraine so that "it is not chopped off by the West," Zerkalo reported. He emphasised that the West has not abandoned the goal of aligning the front “so that it passes from Smolensk-Pskov, Smolensk-Bryansk-Kursk and from there to Rostov." Lukashenko highlighted that Belarus continues to face pressure, including for geopolitical reasons. According to him, the West can come from "Western Ukraine or from somewhere else." He insisted that "terrible processes" continue to take place around the world.

Earlier in May, Belarusian Chief of the General Staff of the Armed Forces, Viktor Gulevich, claimed that the US and its allies have been building up a military presence near the border of Belarus, Belta reported. According to Viktor Gulevich, the forces have more than doubled in the past six months. He stressed that forces carrying cruise missiles have been deployed in the Mediterranean Sea and the Baltic Sea. He said that these activities demonstrate a "growing threat" to Belarus. Highlighting the efforts of Belarus, Viktor Gulevich said that they have planned to take measures to "counteract possible threats," as per the news report. He said that they have deployed Battalion tactical groups to the western line of operations and the northwestern line of operations.

READ | NHL: Stanley Cup will not travel to Russia or Belarus this summer
READ | Russia calls on US to lift Belarus fertilizer embargo to tackle global agricultural crisis