Belarusian president Alexander Lukashenko has accused the United Kingdom for the Bucha massacre. Lukashenko made the remarks in the joint press conference. 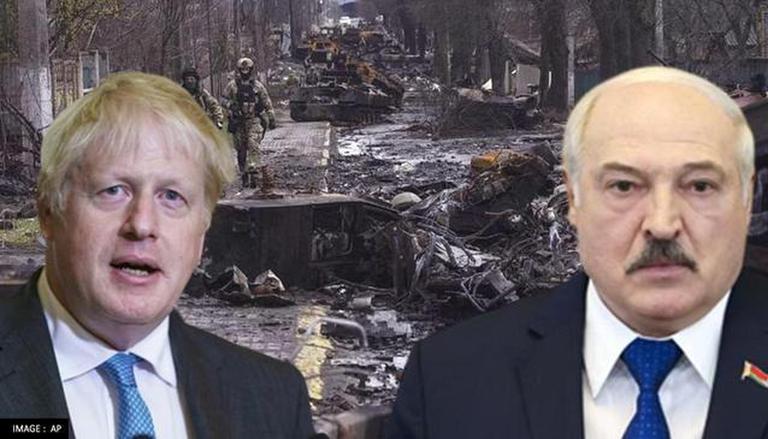 
Belarusian President Alexander Lukashenko on Tuesday levelled accusations against the United Kingdom over the massacre in Ukraine's Bucha last week. He called the slayings of civilians in Ukraine's Bucha a "British special operation," Nexta TV reported. Speaking at a news conference after talks with his Russian counterpart Vladimir Putin, Lukashenko claimed that Russia's Federal Service could provide proof regarding the allegation.

In his address, the Belarusian President mentioned the Bucha incident and added that he discussed the same with his Russian counterpart, Putin. Lukashenko added that he discussed the "psychological special operation" being carried out by the British with Putin. He went on to claim that if Russia had delayed its special military operation in Ukraine, 'a crushing blow' was being prepared against it. Earlier, Russian Foreign Minister Sergey Lavrov had called the Bucha massacre "staged." Russian President Vladimir Putin held talks with Belarusian Alexander Lukashenko at Vostochny Cosmodrome on April 12. After his talks, Belarusian President Alexander Lukashenko addressed a joint press briefing with his Russian counterpart Vladimir Putin.

"Today we discussed in detail psychological special operation which was carried out by the British. If you need addresses, passwords, car numbers brands on which they arrived in Bucha and how they did it, the FSB of the Russian federation can provide them," Nexta TV quoted Lukashenko as saying.

🤡 Lukashenko said that what happened in #Bucha was a special operation of #Britain. pic.twitter.com/EFkMPoJ0i0

Speaking at a press briefing, Russian President Vladimir Putin underscored that they need to strengthen the cooperation between Russia and Belarus as sanctions have been imposed against them. Putin said, "I strongly believe that as we witness a war of sanctions against Russia and Belarus, we need to further deepen our integration within the Union state. We agree on this with Lukashenko that we will work together to counter any attempts standing in way of our development. I think that it does not make any sense to stop Russia and Belarus, we have very close ties. He added, "We are seeking to regulate bilateral trade to cut red tape and to provide equal opportunities for Russian and Belarusian nationals to engage in business activity.

Ever since Russian troops started pulling out from Bucha and other key towns and villages of the ex-Soviet state, Ukrainian authorities have revealed tragedies inflicted by the former in the regions. The Ukrainian Defence Ministry on Sunday, April 3, stated that they found 410 bodies of slain Ukrainians in Bucha, Irpin and other towns and villages during the first two days. Ukraine’s Foreign Minister Dmytro Kuleba on Sunday, April 3, shared the images of horrors caused by retreating Russian armed forces in Bucha city. Since then, the international community has been criticizing Russia for alleged killings of civilians.