US Secretary of State Antony Blinken and Ukrainian Foreign Minister Dmytro Kuleba held a telephonic conversation where both discussed the ongoing food crisis. 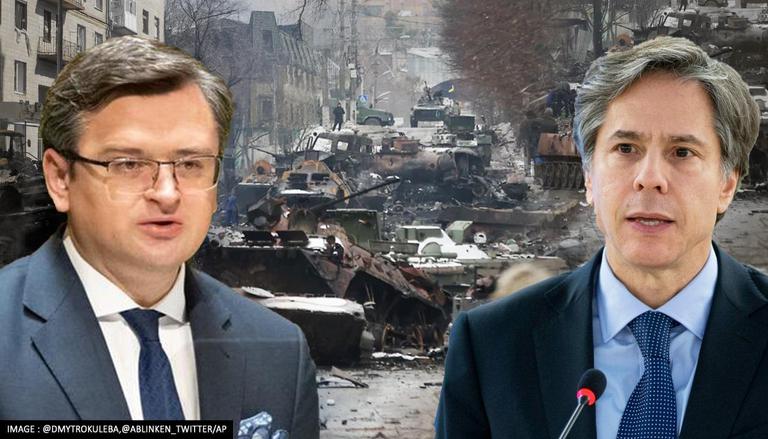 
US Secretary of State Antony Blinken and Ukrainian Foreign Minister Dmytro Kuleba held a telephonic conversation on Friday where both diplomats held an extensive discussion on the global food security crisis caused by Russian President Putin’s invasion. According to the statement released by US State Department spokesperson Ned Price following the telephonic call, both envoys noted that the Kremlin has been hindering the export of food grain, resulting in the soaring inflation. Blinken noted that Russia is spreading false claims about US sanctions behind the rising prices of food in the West and Europe.

"The Secretary and Foreign Minister Kuleba shared updates on efforts to resolve the global food security crisis caused by President Putin’s invasion, noting that the Kremlin continues to weaponize food and spread false claims about U.S. sanctions," according to the statement.

During the conversation, the US Secretary reemphasized that the Biden administration and its allies will continue to coordinate closely to support Ukraine in order to address the global consequences of the Kremlin’s war of choice.

Spoke with @SecBlinken. I value his personal efforts to ensure a sustained U.S. and global support for Ukraine. Heavy weapons on top of our agenda, and more are coming our way. Ukraine and the U.S. work hand in hand to deliver our food exports despite Russia’s reckless blockade.

Earlier on Friday, the Russian ambassador to the US, Anatoly Antonov, accused the Biden administration-backed sanctions on Russia behind the abrupt inflation. He refuted the US theory that cites Russia's invasion of Ukraine behind the increase in food and energy prices. In a statement released on Friday, the ambassador also criticised the US decision to increase import duty in order to penalise the Russian government.

Meanwhile, while speaking at the Indonesian think tank 'Foreign Policy Community of Indonesia on Friday, Ukrainian President Volodymyr Zelenskyy accused Russia of hindering alternative routes used by the war-torn nation to export grain to the whole world. The President said he wants to avert the food crisis generated by the ongoing war but added that Russian forces are now attacking the alternative route taken by Ukrainian troops.

Notably, major seaports have been blocked in Ukraine since the initial days of the war. Since then, Ukraine has been exporting grains to the whole world by alternate routes. Earlier, on Wednesday, the Russian Foreign Ministry said it would be ready to provide a humanitarian corridor to export Ukrainian crops across the Black Sea in exchange for lifting sanctions. However, the United States rejected Moscow's proposal of unblocking Ukrainian ports. While addressing a press conference on Wednesday, Price called the suggestion "worthless" to control inflation.