Russian Foreign Minister Sergey Lavrov, who was the only leader who attended the UNSC meeting, left his seat before the Western leaders could question him. 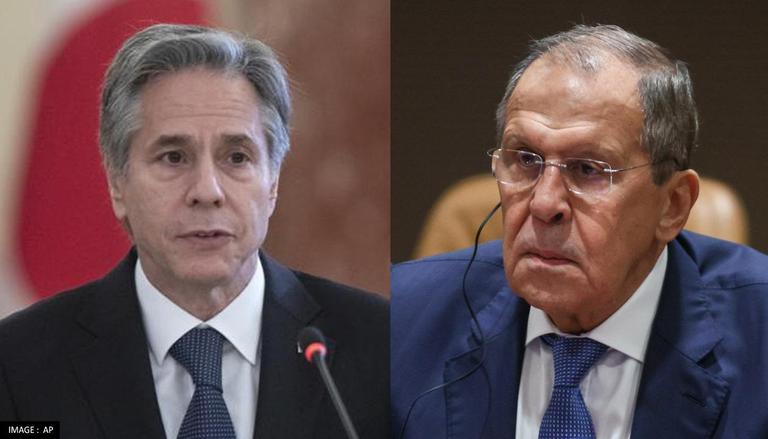 
Apprehending the upcoming criticism from the leaders present at the United Nations Security Council (UNSC) meeting, a top Russian diplomat chose to leave the session on Thursday. Russian Foreign Minister Sergey Lavrov, who was the only leader who attended the meeting, left his seat before the Western leaders could question Moscow's intent against Ukraine. This prompted United States Secretary of State Antony Blinken and other leaders to turn down heavily on Russia's behaviour. The council was discussing the maintenance of peace and security in Ukraine. Earlier on Thursday, Lavrov used the forum to criticise Ukrainian forces and alleged the war-embattled President Volodymyr Zelenskyy of making "illegal attacks on the peaceful region of Donbass". It was expected that the Russian diplomat would attend the meeting and would answer his take on the ongoing war against Ukraine.

However, he skipped the meeting minutes before Blinken was supposed to deliver his speech. "Lavrov apparently couldn't bear to hear the clear and repeated messages of condemnation of Russia's war against Ukraine. He walked into the chamber just before his speaking slot and left shortly after," the US diplomat said, taking a dig at his Russian counterpart. The official said it was a sign of Russian weakness and a testament to the fact that Russians recognise that they are being isolated on the world stage. It is pertinent to mention that the Russian Foreign Minister walked into the UN Security Council meeting at approximately 11:30 am ET and took his seat at the table, nearly 1.5 hours late.

Meanwhile, while speaking at the international forum, Lavrov called the war-torn nation a "totalitarian Nazi-like state", and claimed that Ukrainian forces are using civilians as human shields. Furthermore, Lavrov also turned heavily on Zelensky and said the "Kyiv regime" of "racist" and "anti-Russian" motivated aggression. "Ukraine has become a totalitarian Nazi-like state where the norms of humanitarian law are trampled on. There is no surprise that their armed forces in the national battalions are using peaceful civilians as human shields: Russian FM Sergey Lavrov at UNSC on Ukraine," Lavrov said in the UNSC briefing on Ukraine.