"We call for a ceasefire and end of hostilities," said Chinese Foreign Ministry spokesman Zhao Lijian at the briefing in Beijing opposing US' decision. 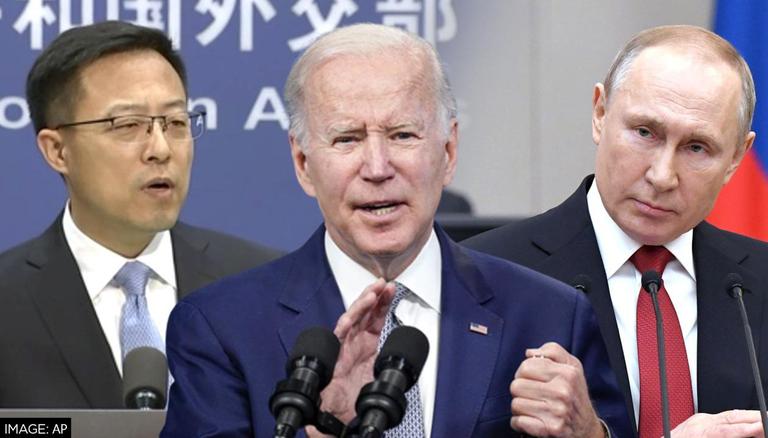 
As the United States prepared to supply long-range rocket systems including the rocket launcher HIMARS to Ukraine’s military, China on Wednesday opposed the decision, saying that it is “an incitement of the conflict in Ukraine.” Chinese Foreign Ministry spokesman Zhao Lijian said on Wednesday at a briefing that Washington needed to stop ramping up pressure on Russia via unilateral sanctions, as well as exacerbating the ongoing military conflict in Ukraine by flowing in weaponry in Ukraine.

"We call for a ceasefire and end of hostilities," said Chinese Foreign Ministry spokesman Zhao Lijian at the briefing in Beijing.

Lijian told reporters in Beijing that PRC has been “using various channels" to establish communication with both sides [Russia and Ukraine.] The former pushed for the pursuance of a diplomatic channel for the resolution of the conflict and cessation of hostilities. "As for the situation in Ukraine, China […] insists that the US and other Western states stop fueling the fire and stop increasing unilateral sanctions [against Russia]," China’s foreign ministry spokesperson underscored during the briefing.

Lijian also lambasted the US over "quibbling of the wording" against Chinese government, saying that the Biden administration should focus its efforts on mutual respect, peaceful coexistence and win-win cooperation with Beijing.  US must not seek a new Cold War with China, he warned.

China calls for ceasefire and cessation of hostilities in Ukraine

China has been making use of every opportunity to call for a ceasefire and cessation of hostilities and for dialogue and peace talks through various channels and on different occasions, said the Chinese foreign ministry spokeaperson. "We call on the US and other Western countries to stop fanning the flame and imposing unilateral sanctions," he iterated. Europe could be free from the war should they opt for diplomacy. Chinese official stated.  He added that Beijing is devastated about the civilian casualties and displacement of refugees caused by the Russia-Ukraine conflict. "We hope all sides will work with China to facilitate a resolution to the conflict through dialogue and negotiation instead of resorting to military means," he iterated.

Responding to the US' recent decision of supplying medium-range rocket launchers to Ukraine, Kremlin spokesperson Dmitry Peskov said that United States is adding fuel to the fire. Russia does not trust that Kyiv will not to fire the weapons into Russia, Peskov reiterated.  "We believe that the US is deliberately pouring oil on the fire. The US is obviously holding the line that it will fight Russia to the last Ukrainian," a Kremlin spokesperson said.