Russia-Ukraine war | China Postpones Evacuation Of Citizens From Ukraine, Says 'wait Until It Is Safe'

Amid the devastating Russia-Ukraine war, China’s envoy to Ukraine on Sunday said that the present situation in the country was too unsafe for evacuation. 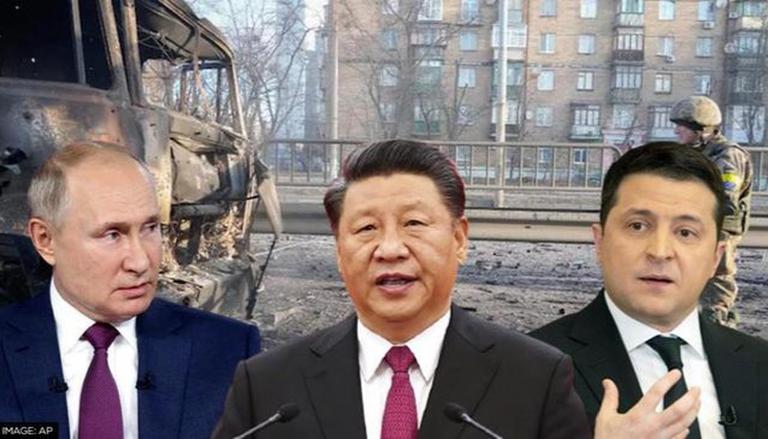 
Amid the ongoing Russia-Ukraine war, China’s envoy to Ukraine Fan Xianrong on Sunday said that the present situation in the country was too unsafe for evacuation and hence called on the citizens to stay indoors until the arrangements are made. Assuring that Chinese ambassadors will not ‘leave behind’ the citizens in Ukraine, the envoy also sought to dismiss the rumours that he left Kyiv in the face of Russian military aggression.

In a nine-minute-long video posted on the embassy’s official WeChat account, Fan assured that the embassy would make the arrangements for Chinese citizens to leave Ukraine but asked to 'wait until it is safe '. According to Chinese state media, Global Times, Fan said that presently, evacuation would be difficult due to intense fighting taking place between both Russian and Ukrainian forces.

It is to note here that Fan spoke about postponing the evacuation of citizens just days after the embassy said it would prepare plans to help people leave after Russia launched its offensive on Ukraine on Thursday. In the message posted on Sunday, the Chinese ambassador to Ukraine asked the citizens to help out each other. He said, “At present, China is more united and stronger than at any time in history. We Chinese, no matter where we go, must show this spirit”.

Fan also raised concerns over the situation in Ukraine becoming more difficult in the recent days with ‘constant sounds of sirens, explosions and gunfire, and there may be many unpredictable changes in the coming days,’ as per the report. The Chinese envoy also said, “To be honest, everyone will feel worried and scared in the face of these challenges” and called on the embassy staffers and Chinese people to strictly follow the safety precautions such as staying indoors, avoiding windows when indoors among others.

He also stressed that Chinese citizens should avoid confrontations with local people or record scenes out of curiosity and stay away from military-related personnel or facilities. Fan noted that the Chinese Communist Party and the government are always concerned about the safety of their people. He said, “In the past few days, the most domestic instructions I received were to protect our own compatriots. The most important work we do every day and night is to ensure the safety of every Chinese in Ukraine. So I ask all of you to have confidence that the Chinese embassy will never leave you behind."

READ | Ukraine invites foreigners to defend country against Russia; 'Will defeat Putin together'

Earlier, a Chinese diplomat defended the country's long-standing position on protecting national sovereignty while adding that it "applies to the Ukraine issue". Liu Xiaoming, the Chinese government's special representative on Korean peninsula affairs wrote, "China firmly believes that the sovereignty & territorial integrity of all countries should be respected & protected and the purposes & principles of (the UN Charter) abided by in real earnest. This position of China is consistent & clear-cut, and applies equally to the Ukraine issue".

READ | From playing President on screen to becoming Ukraine President: 10 facts about Zelensky