The EU Commission has noted the high level of the response by Ukraine to the first part of the survey on the political and economic criteria of EU membership. 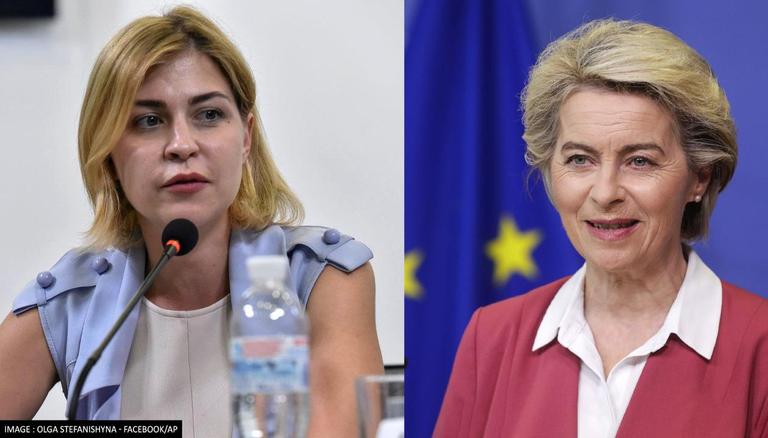 During the meeting with Olga Stefanishyna, Macha Popovsky stressed the operational work of the government on the second part of the survey which will assess Ukraine's "normative and legal approach to EU's legal acts." The participants at the meeting discussed setting up the Solidarity Trust Fund with Ukraine which has been announced by the European Union. During the meeting, Olga Stefanishyna highlighted the need for the EU's active part in ensuring the sustainability of Ukraine's economy during the war and its restoration during the ongoing war with Russia. The development comes as the war between Russia and Ukraine continues for the 62nd day.

Ukrainian President Volodymyr Zelenskyy sought membership for Ukraine in the European Union on February 28. The leaders of the EU agreed to allow Ukraine to become a member of the 27-member bloc. The development came more than ten days after Ukrainian President Volodymyr Zelenskyy signed an application seeking membership for his country in the European Union. Lithuanian President Gitanas Nauseda in a tweet informed that after five hours of heated discussions, EU leaders have given a green signal to Ukraine's "eurointegration."

In the latest development, Zelenskyy handed over a completed questionnaire for obtaining EU candidate country status to Head of the EU Delegation to Ukraine Matti Maasikas, UKUniform reported. Zelenskyy noted that Ukraine was moving forward towards getting membership status in the EU at a "tragic time" when Ukrainians having European values have been losing their lives. It is to mention here that ever since the Russian invasion of Ukraine, the European Union has supported the war-torn nation The 27 member bloc has imposed sanctions against Russia. Moreover, EU Commission President Ursula von der Leyen and EU Council President Charles Michel travelled to Kyiv to meet with Ukrainian President Volodymyr Zelenskyy.

Another step on Ukraine's EU path. Honoured to receive from @ZelenskyyUa the answers to @EU_Commission questionnaire, handed over by @vonderleyen only 10 days ago. Extraordinary times take extraordinary steps and extraordinary speed. @Denys_Shmyhal @StefanishynaO @AndriyYermak pic.twitter.com/UaNPOrhPST

A historic night at Versailles. After five hours of heated discussions EU leaders said yes to Ukrainian eurointegration. The process started. Now it is up to us and Ukrainians to accomplish it fast. Heroic Ukrainian nation deserves to know that they are welcome in EU.

READ | Poland PM calls for more help from Germany to Ukraine amid war against Russia: Report
READ | Chernobyl Disaster Remembrance Day: All you need to know; it's role in Russia-Ukraine war