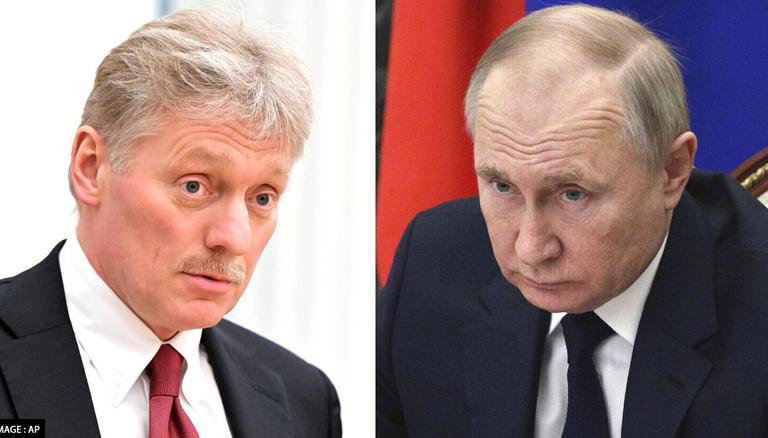 
Blasting health rumours regarding Russian President Vladimir Putin, Kremlin spokesperson Dmitry Peskov said that the 69-year-old leader was “playing hockey” over the weekend. Amid speculations that the Kremlin leader has been suffering from a secret medical illness while the Russia-Ukraine war continues to escalate, Peskov, in an interview with NBC News detailed why the claims remain baseless. According to Putin’s press secretary, the Kremlin leader has been carrying out engagements, delivering speeches and even playing sports over the weekend.

Peskov told NBC News, “He has a speech, delivers the speech, and then taking part in a panel discussion. Just think if an unhealthy man can perform like that” referring to Putin attending the St Petersburg International Economic Forum on Friday.

Moreover, the Kremlin spokesperson emphasised, “Also, I can tell you one thing, yesterday I know, in the afternoon actually, he played hockey.”

“Yesterday, he was playing hockey and then think about his health by yourself,” he added.

Peskov’s remarks came as observers across the globe have speculated about the Russian President’s health over his appearance during meetings citing his limping, shaking at several instances and gripping the table apparently in pain. The Kremlin spokesperson has repeatedly dismissed rumours about Putin’s health calling them "ridiculous". Even during the interview with NBC News, Peskov cited how Putin delivered a three-and-a-half-hour long speech at the St Petersburg International Economic Forum before taking part in a panel discussion.

Peskov referred to Putin’s addresses as the Russian President on Tuesday delivered remarks in a televised meeting with military academy graduates and said that the country to boost its defences. He said that Russia would modernise its armed forces and deploy the newly tested Sarmat international ballistic missiles (ICBM) by the end of 2022.

“It is planned that by the end of the year, the first such complex will be on combat duty,” Putin told the graduates, referring to the domestically-developed Sarmat ICBMs that can carry 10 or more nuclear warheads and decoys. The Russian President also said, "We will continue to develop and strengthen our armed forces, taking into account potential military threats and risks”.