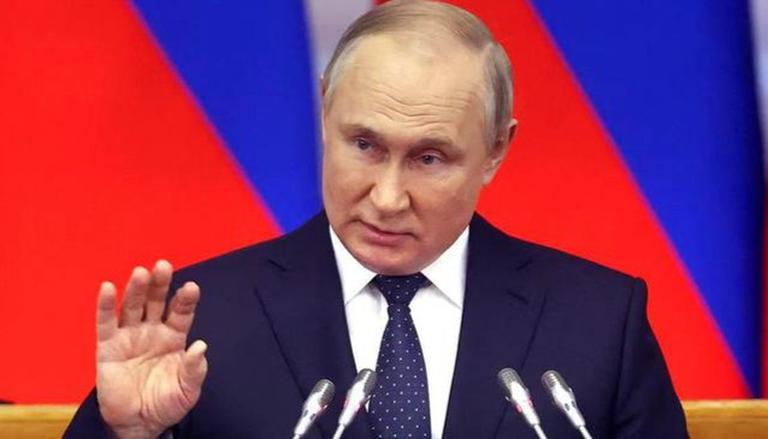 
In a massive revelation, the Ukraine Security Services (SBU) on Monday published intercepts of calls from an unnamed Russian troop who confirms that Vladimir Putin "personally ordered looting of Ukraine." The recording of the telephonic conversation was released on SBU's Facebook page. According to Ukrinform reports, the source of the call was a Russian invader in Ukraine, who was speaking to his wife.

"That is, in short, it is not criminally punishable that we loot. This is allowed. Putin allowed it. The decree stated that looting was allowed," said the source, who is believed to be a Russian soldier stationed in Ukraine. "So he made his business plan, he wants to steal military equipment. After all, they have to buy uniforms for the special operation themselves," the SBU quoted the source of the voice in the intercept.

This comes after several reports emerged beginning in late February, suggesting that Russian invaders were stealing and attempting to sell personal property in Ukraine. An investigative report by Mediazona in May claimed that Russian soldiers fighting in Ukraine have sent at least 58 metric tonnes of looted goods since the launch of the invasion. The Russian troops also allegedly looted priceless artefacts from museums in Melitopol, RFERL reported. Besides, they also robbed literally everything they could lay their hands on, including apparel and home appliances from Bucha, Ukraine Prosecutor General's office had said in a post on Telegram earlier this month.

Ukrainian President Volodymyr Zelenskyy earlier declared that a “historic week” began on Monday as the war-torn nation would hear the answer from the European Union (EU) on its candidate status. As the Russia-Ukraine war continues unabated, Zelenskyy said in his nightly address on Sunday that the upcoming week will be the “most important since 1991” referring to the decision awaited from Brussels regarding Ukraine’s EU candidate status.

"Tomorrow a historic week begins. One of the most important since 1991. A week when we will hear the answer from the European Union on the candidate status for Ukraine. And in such a week, we should expect greater hostile activity from Russia...Purposefully - demonstratively. And not only against Ukraine, but also against Europe. We are preparing. We warn partners. And we are grateful to everyone whose strength today means our victory tomorrow,” Zelenskyy said during his usual nightly address.

He went on to say that Ukraine's EU accession “meets the interests of the whole of Europe” and suggested that Russian forces are expected to intensify attacks. According to Zelenskyy, Russia would ramp up “hostile” activities not only against Ukraine but also Europe. It is to mention here that a referendum on the Act of Declaration of Independence was held in Ukraine on 1 December 1991.