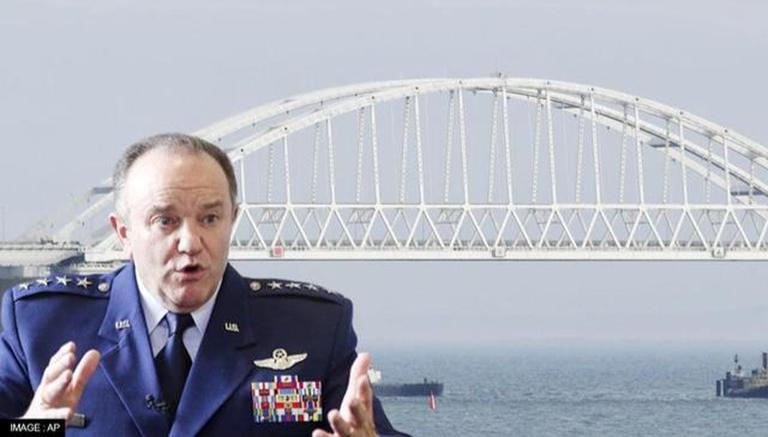 "Kerch bridge is a legitimate target. It doesn’t surprise me at all that the Russians are concerned about the Kerch bridge. It’s incredibly important to them," NATO ex-commander told the British daily national newspaper.

Further, Breedlove underscored that the Western countries have provided enough military equipment support to Ukraine and added that he believes "Moscow has every reason to be worried about Ukraine launching an attack on the bridge." He noted that destroying the bridge is a simple task for the Ukrainian army as it requires separate bombing operations. "All of the bridges have their weak points and hitting them could render the Kerch bridge unserviceable for a period of time," he said. Notably, the general was not the first security official who floated the idea of destroying the bridge. On several occasions, western officials suggested that the Ukrainian army should blow the bridge.

Moscow has lost an estimated 37,200 troops and 1,683 war tanks ever since the onset of the invasion, according to data shared by the Ukrainian Army's General Staff on its social media account. According to the latest update, the war-torn country claimed the Russian forces suffered the biggest losses in the Kramatorsk direction.

Earlier on Tuesday, Ukrainian President Volodymyr Zelenskyy underscored that Russia could use his country as the centre to target other European nations and appealed to the countries for cooperation in order to avert such a situation in the near future. While speaking at the opening of the 26th Annual Economist Government Roundtable on July 5, Zelenskyy emphasised regional security to secure the whole of Europe from Russian aggression. According to Zelenskyy, no one can rule out the possibility of Russian President Vladimir Putin planning to attack some other European countries.